Home » Daily » Heart Health » How a VAD Can Save Your Heart 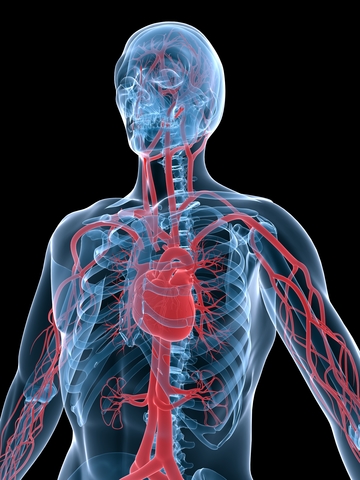 About one-third of patients with advanced heart failure treated with a VAD and optimal medical therapy recover enough to have the device removed.

A ventricular assist device (VAD) supports the heart in pumping blood throughout the body. VADs were pioneered in the 1970s, but they were not widely used until the 1990s as a way to keep patients alive during their wait for a heart transplant (“bridge to transplant”). They are still used for this reason. However, they are also used today as a permanent alternative in patients who are not eligible for heart transplantation (“destination therapy”).

Battery power packs enable VAD wearers to be out and about for several hours. By remaining active, patients waiting for a donor heart are stronger and better able to withstand the stress of surgery when the heart becomes available.

The success of a VAD depends to a large degree on the experience and expertise of the implantation team. VADs are highly complex devices, and the patients who receive them are very ill. So it’s little surprise that proper selection of VAD candidates and the best VAD to meet their individual needs, as well as familiarity with the implantation process, requires special expertise and extensive experience. The patient care team, which includes cardiologists, cardiac surgeons, anesthesiologists, nurses, perfusionists, and intensivists, must be comfortable both with VADs and with caring for the medically complex patients who receive them. Due to these needs, plus the high cost of VAD therapy, the Center for Medicare and Medicaid Services must approve any center wishing to implant the devices.

Research suggests that outcomes are better in approved VAD centers that implant more than four VADs per year.

Cleveland Clinic has one of the oldest and most active VAD programs in the country, routinely implanting 50 to 70 VADs every year. It is one of the few programs working with a variety of FDA-approved VADs, primarily for systolic (left) heart failure (LVADs). This enables Cleveland Clinic surgeons to choose the device that best suits each patient’s needs.

VAD design is rapidly changing. First-generation VADs were designed to work like the native heart, with a pulsatile chamber or sac of blood. They were powered by a cable that exited the body through the skin and was connected to a power source in a battery pack worn at the waist or carried in a shoulder bag. The limited long-term success due to device failures led to newer devices with different designs.

Second-generation VADs are totally implantable continuous-flow (“axial-flow”) pumps. They push blood continuously in one direction, like water running through a hose. The combination of a biocompatible design and new materials reduces the risk of blood clots, infections, and strokes, compared with older VADs. The HeartMate II has been the most successful of these VADs. For several years the HeartMate II has been used both as a bridge to transplant and as a permanent alternative for patients who are not candidates for transplantation. The one-year survival rate with the HeartMate II since its approval by the FDA in 2008 has remained steady at 85 percent.

Miniaturized third-generation VADs have a single moving part that propels blood with a rotating turbine (“centrifugal flow”). The impeller is the device’s only moving part. Suspended by magnets, it creates no friction, and has no parts to wear out. This design avoids the complexity of having to mimic a beating heart with four chambers. Such devices are highly biocompatible and are resistant to wear and corrosion, making them ideal for permanent use, especially with extended-life batteries that may be recharged using household current. Two examples of centrifugal-flow VADs are the HeartMate III and HeartWare VAD.

With several different types and models of ventricular assist devices now available, researchers have been comparing them in an effort to determine which one does the best job with the fewest side effects. Apparently, all are good, yet none stand out above the rest, primarily because the most serious drawbacks associated with VAD therapy have not yet been resolved.

For patients with either systolic or diastolic heart failure requiring temporary support, Cleveland Clinic also uses a unique device known as the Impella. A long tube, the Impella is inserted by catheter through the groin, into the heart and across the aortic valve, where it rests in the left ventricle. As the heart pumps, a tiny turbine the size of a ballpoint pen spring inside the Impella helps pull blood out of the ventricle into the atrium, where it is pumped into the circulation.

Cleveland Clinic also uses the TandemHeart VAD to provide short-term support for the heart’s pumping chamber in selected patients following heart surgery, during high-risk interventional procedures, and during electrophysiology procedures in which the left ventricle is being mapped.

What is a Silent Stroke?