Home » Daily » Bones & Joints » Cracking Knuckles: We Finally Know What Makes the Sound, But Does It Matter? 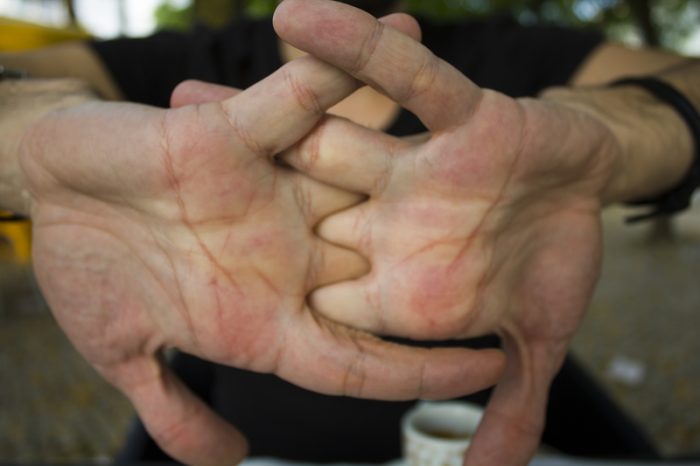 Cracking knuckles: You know the sound, but do you know what's behind the sound? Our contributor reviews the history of research on this fascinating topic.

Our long period of waiting is over. Scientists, at last, have discovered what causes that popping, snapping sound of cracking knuckles.

So go ahead, America, crack your knuckles if you must. It will still be annoying to those around you, but—here’s the good news—it won’t damage your joints and it won’t lead to arthritis.

In spite of these breakthroughs, the research community is still puzzled as to why some people feel the need to crack their knuckles.

A Brief but Gripping History of Knuckle-Cracking Research

Scientists (hopefully in their spare time) have studied, published papers, disagreed, and changed their minds several times over the past 100 years regarding the mechanisms inside our knuckle joints that make a cracking sound. Take a look at the timeline, complete with various theories and the year they were put forth:

That settles it. For now.

Can Knuckle Cracking Damage the Joints?

No, cracking your knuckles does not appear to be harmful, at least in the short term, and it does not lead to arthritis, according to a study published in The Journal of the American Board of Family Medicine. Researchers used case studies of 215 subjects to determine whether an association existed between osteoarthritis and knuckle cracking. It did not appear to be a risk factor.

Habitual knuckle-cracking over a period of many years may, however, cause loss of grip strength.

In case you just can’t get enough information about cracking knuckles, here are five more facts.