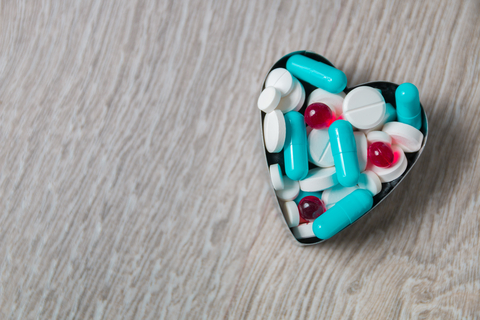 In recent years, dramatic developments in drug therapy for heart failure have occurred. Early treatment is now known to slow the progression of the disease, keep patients out of the hospital, and reduce the likelihood of dying from heart failure. Today, physicians can choose from a variety of medications, such as a digoxin dose, to individualize care. The most effective medication and dosage for each person varies, depending on the severity of their heart failure. Race may play a role in some decisions, particularly in the choice of vasodilator, as certain medications work differently in different ethnic groups.

In the past, standard medical therapy for heart failure consisted of three main classes of drugs. One of these is digoxin, which increases the heart’s pumping ability.

Digoxin is in a class of drugs known as cardiac glycosides, which have been used for heart failure since 1785. A digoxin dose helps the weakened heart contract more strongly by inhibiting an enzyme called adenosine triphosphatase (ATPase) in heart cells. More importantly, digoxin inhibits ATPase in the kidneys and the central nervous system, which decreases neurohormonal activation. For this reason, digoxin is classified as a neurohormonal modulating agent.

Digoxin improves symptoms, functional capacity, exercise tolerance, and quality of life in patients with heart failure. It can also reduce hospitalizations for worsening heart failure, particularly in patients with an ejection fraction of less than 25 percent. However, digoxin does not improve survival.

Digoxin Dose and Side Effects

A low digoxin dose (0.125 mg) is effective in most patients. Lower doses are used in frail elderly patients and patients with kidney dysfunction. Occasionally, higher doses may be used in patients with arrhythmias.

Doctors consider the patient’s weight, kidney function, age, cardiac medications, and the presence of other diseases when choosing a dose. High doses can be toxic.

To maintain a digoxin level less than 1.0 mg/mL, regular monitoring is needed. When the dosage of digoxin is optimal, side effects are uncommon. At higher doses, side effects may include cardiac arrhythmias, gastrointestinal problems such as nausea and vomiting, and neurologic problems such as vision changes, headache, fatigue, and confusion. If you experience such side effects, contact your doctor.

Certain drugs can decrease the effect of digoxin or increase its concentration to a potentially dangerous level. If you are taking antacids, kaolin-pectin (Kaopectate), Milk of Magnesia, or sulfasalazine, allow as much time as possible between taking these drugs and digoxin. When digoxin is used in conjunction with certain drugs—including clarithromycin, erythromycin, amiodarone, itraconazole, cyclosporine, or verapamil—the digoxin dose must be reduced.

Like any drug, digoxin should be taken exactly as directed. Withdrawal from digoxin can result in a worsening of symptoms, so most heart failure patients must take the drug as long as symptoms persist.