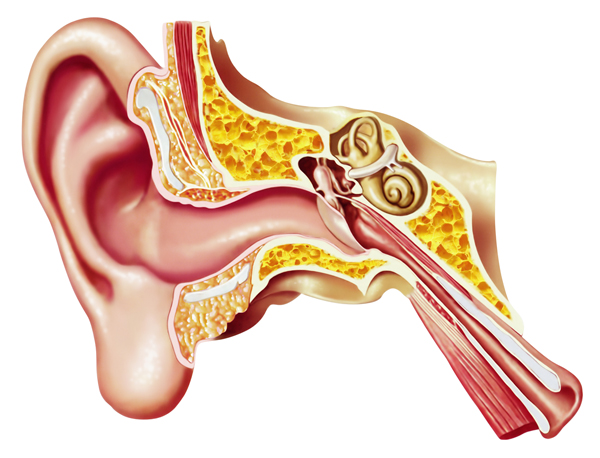 The human ear's anatomy leaves it prone to wax buildup. Be extremely careful when cleaning out wax from your ear; the eardrum sits just at the end of the outer canal.

Your ear wax may not appear like a vital bodily function, but it plays an important role in your ear health. Ear wax (also spelled as one word: earwax) is a yellowish, waxy substance called cerumen, and it is produced by glands in the ear canal. Its job is to help trap dust and foreign substance and keep them from reaching your eardrum. Accumulated wax usually dries up and moves out of the ear, along with any debris, on its own.
However, sometimes ear wax builds up faster than the body can remove it naturally. The result: excessive ear wax filling the ear canal and causing a plugged sensation, earache, and even hearing loss. So it’s useful to know how to remove ear wax.

To safely remove ear wax, of course, you need to exercise extreme caution. The skin of the ear canal and the eardrum itself are fragile and can be easily injured. Plus, in your attempts at removing ear wax, you may end up “packing” it down into your ear canal, making it harder to remove.

The popular method is to use a cotton-tip swab, but this is one way we can inadvertently pack ear wax down further into the canal, which makes it even harder to remove.

If you have experienced any ear-related issues—like a punctured eardrum or surgery on your ear—ask your doctor to remove any excess wax. He or she often will direct a stream of warm fluid into your ear canal. The ear wax, loosened, comes out of the ear with the fluid. Your doctor also may use suction or instruments to pull wax out of your ear.

Otherwise, you can clean your ears of excess wax by following the following seven steps:

If this process is unsuccessful and you’re still experiencing a “plugged” feeling in an ear, you should see your doctor to have ear wax professionally removed.