Lung power is brainpower. Without sufficient oxygen delivered by the lungs, the brain—which represents just two percent of the body’s weight, but consumes 25 percent of its oxygen you—cannot function properly. In the short term, a lack of oxygen may cause temporary symptoms such as lightheadedness and poor motor skills. However, chronic low levels of oxygen, such as those associated with lung disease, pollution, and other factors, can result in permanent cognitive decline.

A study published in the March 2014 issue of the Journal of the American Medical Directors Association illustrates the close association between impaired pulmonary function and worsening of cognition. Researchers analyzed data on 5,764 individuals with chronic obstructive pulmonary disease (COPD) and compared measures of their lung function and cognitive performance to a similar group without lung problems. They found that participants with COPD had significantly worse scores than healthy participants on a battery of tests of memory and cognitive processing speed.

“This study is one of many that associate long-term oxygen insufficiency in the brain with increased risk for cognitive impairment,” says Darshan Mehta, MD, Medical Director of MGH’s Benson-Henry Institute for Mind Body Medicine. “Lack of oxygen leads to the injury or death of brain cells and is thought to negatively affect neural and hormonal connections and inflammatory pathways between the lungs and the brain that affect the state of the central nervous system.”

Another aspect of the lung/brain connection involves the vascular system. Air pollutants and other toxins that enter the lungs often pass into the bloodstream, subvert or impair the blood-brain barrier that normally protects brain tissue, and make their way into the brain.

Dr. Mehta suggests regularly engaging in this diaphragmatic breathing exercise to improve the efficiency of your breathing and help build lung capacity:

In addition to COPD, which includes emphysema and chronic bronchitis, the most common causes of respiratory problems include: cigarette smoking or long-term exposure to tobacco smoke; long-term exposure to lung irritants, such as air pollution, chemical fumes, or dust; obstructive sleep apnea (a cessation or reduction of breathing during sleep that temporarily cuts off oxygen); genetic disorders such as cystic fibrosis; malignancy; asthma; allergies; chronic sinusitis; tuberculosis; pneumonia; and lung diseases linked to HIV/AIDS.

Beyond the direct injury caused by lower levels of oxygen in the brain, chronic lung problems may lead to secondary problems that also impact brain health, including sleep disturbances and metabolic changes that negatively affect cellular energy levels and hamper the body’s ability to eliminate carbon dioxide. The in-creased effort required to breathe can limit physical activity and its associated brain benefits. Vulnerability to diseases that affect the heart and lungs, and consequently the brain, may increase.

“Some of the factors that cause chronic lung problems, such as genetics and pollution, may not be under an individual’s control,” says Dr. Mehta. “We need to focus more on lifestyle factors, which we do have control over, such as limiting exposure to tobacco smoke or wearing a protective mask when working around chemical fumes. These can have a significant impact on lung capacity and brain function.”

Long-term lung impairment occurs gradually and may not be immediately apparent, but if the underlying causes are not addressed, the consequences can be very serious. 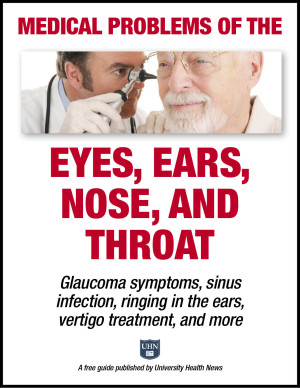