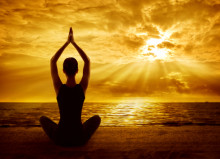 Are you so constantly tired that the thought of gathering up enough energy to exercise seems ludicrous, if not downright impossible? A growing amount of research is showing how physical activity in the form of yoga can be an effective chronic fatigue treatment and a great way to reduce tiredness … Read More

Rheumatoid arthritis (RA) is a potentially debilitating form of arthritis that affects more than 1.3 million Americans and 1 percent of the population worldwide. The condition is considered an autoimmune disease because instead of protecting the body by making it immune to outside forces, it attacks healthy tissue for unknown … Read More

A Natural Treatment for Fibromyalgia and Rheumatoid Arthritis

Those who suffer with inflamed nerve cells in neurological disorders such as fibromyalgia, rheumatoid arthritis, MS, and neuropathy know the burning, the numbness, and the pain that comes with these conditions. Fortunately, exciting research is showing that the symptoms associated with many neurological disorders can be greatly reduced with therapeutic … Read More 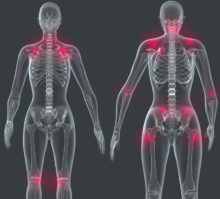 Does Exercise Help Arthritis? The Benefits of Regular Physical Activity for Rheumatoid Arthritis

It might seem counterintuitive to think that physical activity would be good for a disease of the joints. But, in fact, exercise is highly important for people who are suffering from rheumatoid arthritis. So why does exercise help arthritis? It can reduce inflammation, improve quality of life, make your bones … Read More