Ovarian cancer affects the ovaries?the female reproductive organs that produce eggs. Just over 21,000 women are diagnosed with ovarian cancer each year, but this is one of the deadliest cancers in women, in part because only one in five ovarian cancers is diagnosed at an early stage. No screening tests for ovarian cancer exist, as they do for breast and prostate cancers.

Ovarian cancer symptoms can include bloating, feeling full quickly when you eat, and abdominal or pelvic pain or pressure. The disease can cause changes in urinary habits, such as feeling like you have to urinate more frequently. Less common ovarian cancer symptoms include pain during sex, fatigue, back pain, menstrual changes, and stomach upset. 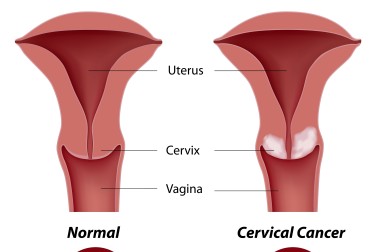 In years past, cervical cancer was one of the leading causes of cancer death among American women. One of the primary reasons why it was so deadly is because most women experience no cervical cancer symptoms until the disease has spread. But in the past 30 years, deaths from cervical … Read More 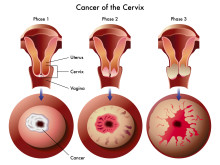 For women who undergo screening and who are diagnosed early, cervical cancer is highly treatable. Waiting for symptoms of cervical cancer to appear, however, holds the potential for the cancer to progress to an advanced stage and become life threatening. Likewise, vaccinations for men and women to prevent human papillomavirus … Read More 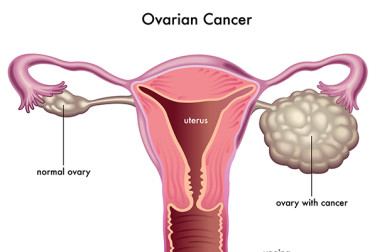 Ovarian cancer is devious and deceptive. As it first develops in a woman’s body, it may offer up no indication of its presence. Oftentimes, it doesn’t reveal itself until after it’s progressed, and when it does, many times its warning signs still go unrecognized. That’s because ovarian cancer symptoms tend … Read More