Lavender is believed to have an exotic history dating back as far as 2,500 years. The ancient Greeks commonly referred to lavender as Nard, after the Syrian city of Naarda. The Romans used lavender—much like we do today—as a pleasing aroma for linens, soaps, and shampoos. In fact, the name … Read More

Occasional anxiety is normal—in fact it can be helpful when it alerts you to pay attention (when you're about to take a test, for example) or take action (if you're about to step on a snake, for example). Anxiety disorders, however, involve a more chronic fear or worry that interferes … Read More 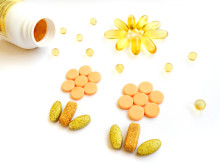 Chill Out with This Natural Remedy for Anxiety

Xanax and other anti-anxiety medications are among the most-prescribed drugs in the country, but a vitamin has gained attention as a natural remedy for anxiety. Niacinamide, a form of vitamin B3, has been used since the 1950’s as a popular anti-diabetes nutrient. It has even been touted to fight acne … Read More

Are you plagued by constant worry or fear? Do you often feel “on edge”? Anxiety is among the most common mental health issues facing today’s population. Up to 31.6 percent of people in the United States will at some point in their lives be diagnosed with an anxiety disorder.[1] Anxiety … Read More

How to Deal with Anxiety: Natural Remedies to Relieve Anxiety Symptoms