Obstructive sleep apnea is the most common sleep-related breathing disorder, affecting 3 percent to 7 percent of the population. In obstructive sleep apnea, the airway narrows and/or collapses, and individuals stop breathing for brief, repeated periods throughout the night. This causes reductions in the body’s oxygen levels and disrupts normal … Read More

A study published in the Journal of the American Dietetic Association reveals that drinking green tea or taking green tea in capsule form may lower LDL cholesterol as well as total cholesterol. Dr. Olivia J. Phung, of the College of Pharmacy at Western University of Health Sciences in Pomona, California, … Read More

What is Lipozene? A Careful Look at Lipozene Ingredients and Effectiveness

Many people looking for help with weight loss consider taking supplements. As a naturopathic doctor, I’m all for dietary supplements that are safe, natural, and effective. And there are some excellent supplements that can, indeed, help you lose weight. What I’m not for, however, are overpriced supplements of dubious quality … Read More

Is Plexus Safe? A Careful Look at Plexus Product Ingredients

A number of people who have seen advertisements and anecdotal reports for Plexus Slim, a weight-loss supplement, have been smartly asking, "Is Plexus safe?" and "Are there Plexus dangers I should understand?" To answer these questions, we consider the broader question "What is Plexus?" by looking at known information about … Read More

Green tea health benefits have been known for thousands of years, at least since 1211 when the Japanese Zen priest, Yeisai, published the book Tea and Health Promotion, in which he described green tea’s medicinal eﬀects. Discovered in China about 5,000 years ago, green tea was then brought to Japan … Read More 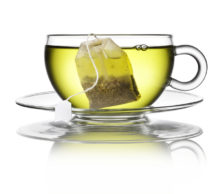 Benefits of Green Tea: 6 Reasons to Brew Some While You’re Reading This

Tea is hot—figuratively and (sometimes) literally. It’s the second-most consumed beverage in the world, following only water. In the United States, sales of tea reached $11.5 billion in 2015. Green tea is particularly trendy, and with good reason. The benefits of green tea have been well documented and reported in … Read More

Green tea is packed with health benefits. But did you know that green tea also burns fat and boosts metabolism? That’s right! Drinking a cup of green tea for weight loss each morning can boost your metabolism for the day. [1] EGCG Catechin: The Distinctive Ingredient in Green Tea for … Read More