Poor Circulation Is Nothing to Ignore

Do you feel like your hands or feet are on “pins and needles”? That’s one of the most commonly described symptoms of poor circulation. If you think you’re battling poor circulation, it’s wise to get a diagnosis; it could be a symptom of a much more serious disease—including peripheral artery … Read More

Every few years, a new "superfood" hits the internet and becomes all the craze. Now is unlike any other time as drinking bone broth for health benefits has become the latest fad on social media. But, is bone broth really healthy? The answer depends on how it is made. In … Read More 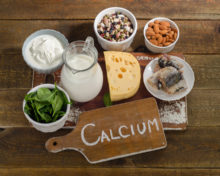 Calcium Deficiency Test: It Can Be a Heads-Up for These Risk Factors

Although calcium is the most abundant mineral in the human body, we can fall short when it comes to getting enough of it in our daily diet. And because calcium affects the function of some of the most important parts of the body, such as bones and teeth, a calcium deficiency … Read More 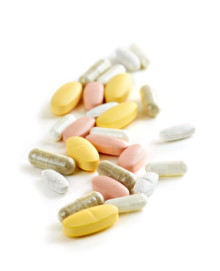 The ABCs of Vitamin Deficiency: Symptoms You Can Treat Yourself

I recently had what I thought was a case of severe chapped lips that extended to the corners of my mouth, where small, painful cracks developed. I was surprised to learn that the condition, called angular cheilitis, is actually the result of a vitamin B deficiency. I’d recently stopped taking … Read More