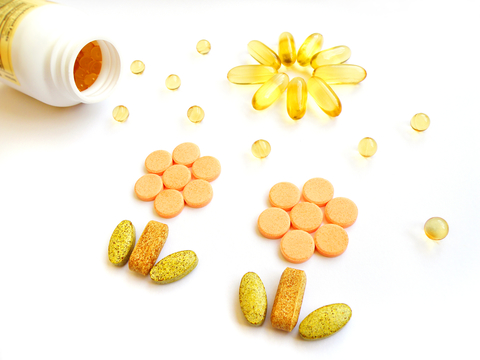 Several case reports and many clinical anecdotes show niacinamide can be used successfully as a natural remedy for anxiety – at least for some people.

Xanax and other anti-anxiety medications are among the most-prescribed drugs in the country, but a vitamin has gained attention as a natural remedy for anxiety.

Niacinamide, a form of vitamin B3, has been used since the 1950’s as a popular anti-diabetes nutrient. It has even been touted to fight acne and improve aging facial skin; however, it was not until recently that the vitamin gained attention for its ability to mellow anxiety.

Several case reports and many clinical anecdotes show niacinamide can be used successfully as a natural remedy for anxiety – at least for some people. In these cases, niacinamide appears to have the same effects of benzodiazepines, a class of anti-anxiety drugs that include Xanax, Klonopin, and Valium. While these drugs are often effective, they are also widely abused and have gained a reputation for being powerfully addictive, often causing withdrawal symptoms when discontinued. One also builds a tolerance to these medications, so increasingly higher doses are needed for the same effect.

In a case report, Jonathon Prousky, chief naturopathic medical officer at the Canadian College of Naturopathic Medicine, described the experience of a 34-year-old male who was able to slowly transition from Xanax after several years of use to niacinamide to manage his anxiety. By maintaining niaciniamide use after weaning off Xanax, he was able to successfully remain productive and anxiety-free.[1]

Research cited in the report suggests niacinamide is pharmacologically similar to benzodiazepines, exhibiting similar muscle-relaxing and hypnotic effects, although it does not act on receptor sites in the brain in the way benzodiazepines do. Researchers also concluded that niacinamide worked by influencing the turnover of the brain chemicals serotonin, noradrenaline, dopamine and GABA in the areas of the brain thought to be unbalanced in anxiety.

It’s noted that few people can tolerate more than 6 grams a day of niacinamide, with nausea being the chief complaint if the dose is too high. The optimal dose appears to be that just under the amount that causes nausea. In one patient, a very large dose (9 grams) caused liver toxicity. Niacinamide also causes flushing in some people when they first start taking it. The most commonly reported side effect, however, is sedation, which, for some people, is exactly what they’re looking for.

Consider the underlying causes of anxiety

Will niacinamide work for you?

Like any natural healing strategy, niacin for anxiety will work effectively for some people, but not everyone. It may be worth a try if you suffer from anxiety because it has a safe track record without the issues of dependence and withdrawal that come with the benzodiazepines. Another bonus is that it is very inexpensive and widely available.

Be sure to also read these other articles on natural remedies for anxiety:

*Never start, discontinue or change the dose of a medication without speaking with your doctor. Benzodiazepine withdrawal can cause severe and even life-threatening issues; one should never stop taking them abruptly and without the guidance of a qualified health care practitioner.

Originally published in 2012 and updated.