Home » Daily » Sleep » Are You Tired of Being Tired? 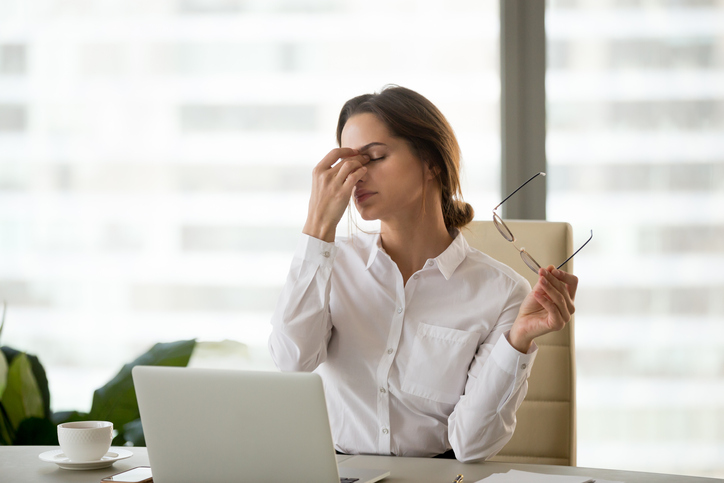 Chronic fatigue is a symptom, not a disease. It can also be a symptom of an unknown or undiagnosed disease or imbalance in the body.

Surprisingly, there is no universally agreed upon definition of fatigue. It has been described as “an overwhelming sustained sense of exhaustion” or “an overwhelming subjective sense of tiredness and lack of energy.” Fatigue’s nonspecific nature is part of what makes it so difficult to define and treat.

Feeling tired much of the time is the most common quality of fatigue. It is typically known to cause a decreased capacity for physical and mental work. As you well know, life itself becomes difficult when your body is too tired to move and your brain is too tired to think.

Most experts would agree that fatigue is a normal, protective mechanism in healthy individuals. The longer you physically and mentally exert yourself, the more difficult it becomes to maintain your physical and mental energy—this is how normal fatigue operates.

Normal fatigue is usually linked to a single cause, and it’s often relieved by rest or lifestyle changes like diet, exercise, sleep, or stress management. Fatigue is considered abnormal or pathological when it becomes “chronic.” To be classified as chronic, fatigue must last for six months.

Chronic fatigue is a symptom, not a disease. It commonly affects individuals with:

Chronic fatigue can also be a symptom of an unknown or undiagnosed disease or imbalance in the body.

Chronic fatigue syndrome is a disorder characterized by a long-lasting fatigue and a cluster of symptoms that frequently occur together. Symptoms vary from person to person and include:

Researchers and health-care providers have differing definitions of CFS. The most commonly used definition comes from the Centers for Disease Control and Prevention.

According to these different definitions, additional symptoms of CFS may include:

The exact cause of CFS is unknown; in fact, there typically isn’t a single cause.

Such factors as infections, environmental toxins, and stress can trigger genetic “switches,” which may cause hormonal dysfunction, nervous system dysfunction, and immune dysfunction. Any or all of these triggers may be a cause for CFS or chronic fatigue.

CFS is what’s known as “a diagnosis of exclusion”: That is, it’s diagnosed only when an underlying cause for the symptoms can’t be found.