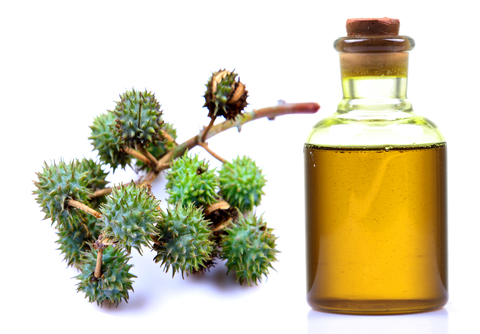 The leaves, roots, and oil from the seeds of the plant castor oil have all been studied and found to have medicinal effects.

The castor bean plant, Ricinus communi, is used medicinally throughout the world. [1] The leaves, roots, and oil from the seeds of the plant have all been studied and found to have medicinal effects.[2] One of the primary castor oil uses today involves the topical application of castor oil in the form of castor oil packs.

What is a Castor Oil Pack?

A castor oil pack is simply a cloth soaked in castor oil which is placed on the skin, often covered with a hot water bottle or heating pad. Castor oil packs are used in naturopathic medicine as a pain-relieving and anti-inflammatory aid as well as an aid in elimination and detoxification processes in the body.

After a few months of applying castor oil packs, making some minor dietary changes and taking some herbal and nutritional supplements, not only were my menstrual cramps completely gone, but so was my PMS.

During the next four years of medical school, I witnessed the power of castor oil packs not just for menstrual cramps, but for many other conditions involving pain and inflammation. These actions have been observed in studies, along with potent free radical scavenging effects and therapeutic effects on asthma, ulcers, liver diseases, and more.[2] Castor oil uses also include induction of labor and contraception.[3]Topical castor oil has been found to have excellent wound healing and skin conditioning effects.[2]These medicinal actions are due to the important phytochemical constituents like flavonoids, saponins, glycosides, alkaloids and steroids, etc.[2]

Despite their widespread and long history of use, I could find only one published study examining the effects of castor oil packs. Elderly patients with chronic constipation who were administered castor oil packs experienced significant improvements in symptoms of constipation.[4] The consistency of their bowel movements improved, straining decreased, and the feeling of complete evacuation after a bowel movement improved.

Studies show that castor oil is safe for both internal and topical use when used appropriately.[5] Castor oil is classified by the FDA as safe and effective for use as a stimulant laxative. Nevertheless, even the topical use of castor oil should be avoided during pregnancy and by people with bleeding disorders and active ulcers.

Take advantage of this simple, natural, and inexpensive home remedy today. Almost any kind of inflammation can benefit from the application of a castor oil pack.