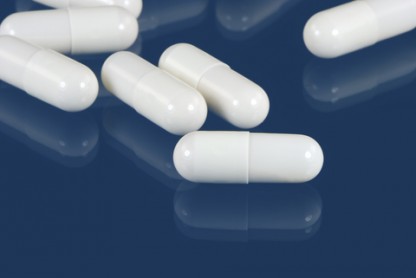 If you struggle to pay attention, act impulsively, or suffer from uncontrolled periods of inattention or hyperactivity, you may be suffering from adult attention deficit/hyperactivity disorder (ADHD). While there is not yet a large body of research on natural remedies for ADHD in adults, a new double-blind, placebo-controlled study found one supplement to be both safe and effective.

This study, just published in the British Journal of Psychiatry, found that a broad-spectrum, multitivitamin and mineral formula, EMPowerplus, was significantly better than placebo in reducing ADHD symptoms and in improving mood in adults who were also depressed. (The study was not funded by the supplement maker, TrueHope Nutritional Support.)

Investigators at the University of Canterbury, Christchurch, New Zealand, randomized 80 adults with ADHD to two study groups: 42 adults received the micronutrient supplement (15 capsules per day, in three doses of five capsules, taken with food and water), and 38 took a matching placebo for eight weeks.

According to the researchers, more than 20 published studies have examined this formula for various mental conditions, but this was the first trial to be masked—which means that neither the investigators nor the patients know who was receiving the supplement and who was received placebo. They also stated that the supplement has a good safety record, even for long-term use.

Furthermore, adults with moderate to severe depression before the start of the study had improvements in mood, as compared with placebo. The investigators noted that this finding is consistent with other randomized controlled trials that show the benefit of vitamins, minerals, and other micronutrients in improving mood.

There were no side effects that differed from placebo, and the researchers commented on the supplement’s good safety profile. “Our study provides preliminary evidence of the effectiveness of micronutrients in the treatment of ADHD symptoms in adults. This could open up treatment options for people with ADHD who may not tolerate medications or do not respond to first-line treatments,” said lead investigator Julia Rucklidge, PhD.

Why this adult ADHD study is noteworthy

The study is considered noteworthy for a number of reasons.

“Single-nutrient research does not respect the fact that we need all these vitamins and minerals every day, and in balance. This means this vitamin plus mineral intervention is more ecologically valid than many studies,” notes Bonnie Kaplan, PhD, from the University of Calgary in Alberta, Canada.

Jerome Sarris, PhD, a senior research fellow in the Department of Psychiatry at University of Melbourne, Australia, agreed.[2] “Minerals and vitamins work in synergy, and combinations are often required for the body to utilize to perform many neurochemical activities (such as those that influence maintaining concentration or mood).”

The supplement can be purchased online directly from the manufacturer. It is quite expensive, especially if one was to take 15 capsules per day as was used in the study. It is not clear as to why the researchers chose 15 capsules per day as the study dose. The product’s recommended dose is 4 capsules twice a day, according to the label currently on Truehope’s website.

If you choose to try this particular supplement for adult ADHA, take only the recommended dose (4 capsules twice a day) unless you are working with a physician trained in natural or integrative medicine who instructs you otherwise. The formula contains certain ingredients, such as vitamin A and iron, which can be dangerous in high doses.

Do you or does an adult you know suffer from ADHD? What natural remedies have you tried? Share your experiences with our readers in the comments section below.