Bad habits are hard to break. That’s why it’s critically important you teach your children to eat healthy foods while their young. This involves providing a variety of healthy, but delicious, food choices for your children so that they will learn to actually prefer those over the junk food alternatives. It’s never a perfect process and it does require discipline on the parent’s part; but establishing healthy eating habits in childhood can last well into their adult years, and will give your children many advantages in life in addition to reduced sickness and health problems.  What a great gift to impart to your children! To start your family on the path to healthful eating, use these quick and easy healthy recipes. Your children will love these fun and tasty treats! 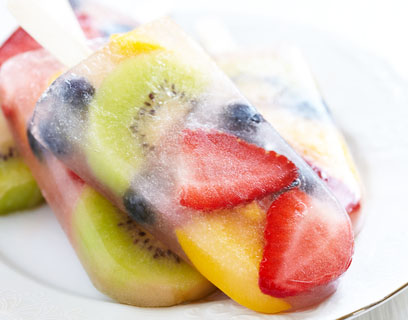 Combine all fruit in a bowl with the ice and water. Fill each popsicle mold or paper cup with the mixture. Insert popsicle sticks and freeze for three hours or until completely frozen. 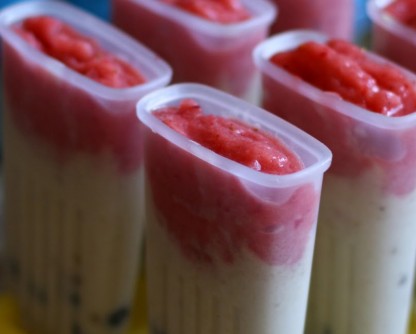 Blend each of the following in separate containers: 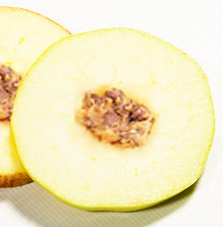 Combine the cashew butter, shredded coconut, honey (to taste) and chocolate chips (optional) in a bowl and mix well; set aside. Slice the apple and remove the core (as shown in picture). Lay the apples flat on a cookie sheet. Fill the center with the mixture. Sprinkle with the cinnamon. Freeze for 30 minutes and serve.

Preheat the oven to 450 degrees. Place the liners in the cupcake pan. Using a mixer, mix the oatmeal, walnuts and sea salt. Add the Almond milk, honey (or Stevia), cinnamon, eggs and grape seed oil; continue to until evenly mixed. Spoon in the red grapes (or blueberries) and banana slices until evenly distributed in the mixture. Fill each muffin liner ¾ full with the mixture. Top with additional walnuts, if desired. Bake for 15 minutes or until golden brown.