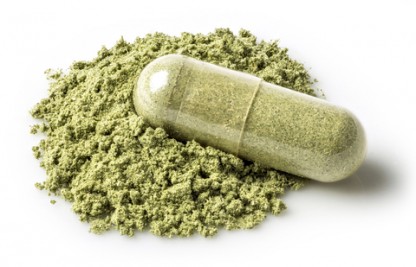 Andrographis is one of the best natural remedies for the common cold.

For anyone who has tried the standard natural cold remedies—like Echinacea and vitamin C—and been disappointed, you’re not alone. These may work for prevention, but they’re not well-proven to treat a cold once you’re already suffering. There are more effective, although lesser-known, natural remedies for the common cold. Two of the best are Andrographis and Pelargonium. Next time you come down with a cold, both these herbal remedies can help you feel better fast according to the latest research. We’ll start by looking at Andrographis in part 1 of this article. In part 2, we will explore Pelargonium.

What is the common cold?

The common cold, or upper respiratory tract infection, is a viral infection of the upper respiratory tract. Symptoms occur within 1-2 days after the virus enters the body, peak 2-4 days later, and usually resolve within 10 days. Symptoms of the common cold often start with a tickle or soreness in the throat, followed by sneezing, runny nose, nasal congestion, and general malaise. Temperature is usually normal. A cough is sometimes present and may persist up to two weeks.

Part 1: Andrographis is one of the best natural remedies for the common cold

Although it’s been used as a medicinal plant in Southeast Asia and India for centuries, it wasn’t until relatively recently that Western researchers discovered the amazing ability of Andrographis, officially known an Andrographis paniculata to treat common viral infections like upper respiratory infections. The leaves and stems of this plant contain some powerfully bitter chemical constituents called andrographolides, hence the plant’s common name: the “King of Bitters.” It is now known that besides their intense bitterness, andographolides are excellent immune boosters and are highly effective anti-virals. Today’s Andrographis supplements are typically standardized to contain a certain percentage of andrographolides and are excellent remedies for the common cold.

In 2004, researchers published a review of 7 double-blind, controlled studies in humans that examined Andrographis supplements for treating the common cold. They concluded that Andrographis“is superior to placebo in alleviating the subjective symptoms of uncomplicated upper respiratory infection.” Since then, even more studies have been conducted showing how effective Andrographis is for treating colds.

In one recent randomized, double-blind placebo-controlled study, a total of 223 patients with upper respiratory tract infections were randomized to receive either 200 mg per day of Andrographis extract or placebo. They rated symptoms of cough, expectoration, nasal discharge, headache, fever, sore throat, earache, malaise/fatigue and sleep disturbance.

All these cold symptoms continually decreased in the Andrographis group, starting on day 1 and continuing through day 5. By day 5, those taking the Andrographis experienced significant improvements in all symptoms except earache compared to baseline and compared to those in the placebo group. In the placebo group, on the other hand, symptoms showed a decreasing trend through day 3 but then got aggravated or remained unchanged. The researchers concluded that andrographis was effective in reducing symptoms of upper respiratory tract infection.

How to take Andrographis for colds

Next time you come down with a cold, instead of trying Echinacea, vitamin C, or conventional over-the-counter cold medicines (which attempt to work by suppressing the symptoms), try Andrographis. Take Andographis as an encapsulated, standardized extract in divided doses. Nature’s Way makes a good Andrographis supplement which contains 300 mg of an extract standardized to 10% andrographolides, plus another 100 mg of whole, dried (non-standardized and not an extract) Andrographis. Take 1 capsule every 3-4 hours. Best results might be obtained if you take Andrographis within the ﬁrst 24 hours of symptoms. Therefore, you may want to purchase a bottle from your favorite health food store or online supplement supplier right now and have it on hand for the cold season that is approaching.

In part 2 of this article, you will learn about Pelargonium, another well-researched natural cold medicine that you can use along with Andrographis or in place of it.

Have you used Andrographis and found it effective? Give us your feedback

You can help other readers by sharing your own experience with Andrographis. Has it worked? What have you found to be important in making it work more effectively? Give us your experience in the Comments section below.