Home » Daily » Nutrition » Is Salt Bad For You? Too Much and Too Little Can Both Be Harmful 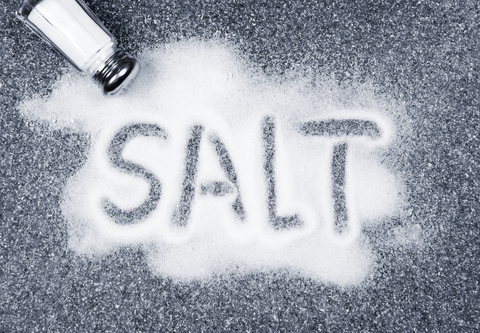 While much of the population consumes way too much sodium, it is possible to take the recommendations of a low-salt diet too far.

If you have high blood pressure, you’ve probably been told to substantially limit your salt intake. This is because reducing sodium can help to lower blood pressure, which reduces your risk for heart disease. While much of the population consumes way too much sodium, it is possible to take the recommendations of a low-salt diet too far. Research shows that a diet too low in sodium can be harmful to your health, too.

When is salt bad for you?

It is not disputed that excess sodium intake raises your risk for cardiovascular disease and mortality.[1] The problem with high sodium intake is mainly related to the way it raises your blood pressure, which is a major risk for heart disease. And in a world where many people’s diets include pre-prepared and packaged food, it is all too easy to eat too much sodium. Common fast food meals, for example, can contain over 2,000 or 3,000 g of sodium. Combine that with the other food you eat throughout the day, and your sodium intake will skyrocket far above where it should be. In reality, most Americans desperately need to cut back on their salt intake.

No one questions that excess sodium intake is harmful; but newer research has sparked a debate about the risks associated with not getting enough sodium. Sodium is necessary for normal function in the body, and it is required to maintain balance; when sodium levels drop too low, adverse events can occur.[2] Public guidelines suggest that the general population should consume less than 2,300 mg daily, and that subgroups should consume less than 1,500 mg (including people over 51, African Americans, and those with diabetes, hypertension, and chronic kidney disease). But are these recommendations too low?

Recent research seems to support the idea that both high and low sodium intake are risky. In one study in over 100,000 healthy participants from five continents (42% of whom were from China), the researchers found that the lowest risk for death and cardiovascular events was seen among those who consumed between 3 and 6 g of sodium daily. Intake both above and below this range was associated with an increased risk.[2] Another report suggests that 2,645 to 4,945 mg daily is most favorable for health, with intakes outside of this range associated with an increased risk for all-cause mortality and cardiovascular disease.[3]

There are numerous studies showing that people at high cardiovascular risk may be especially sensitive to consuming less than 3 g of sodium daily.[2] In one study, patients recovering from heart failure were put on various diets, including lower salt and normal salt intake. Those in the low salt group did worse than those on the normal salt diet – they had more hospital readmission and more adverse events.[4]

The Institute of Medicine (IOM) released a report on sodium intake in 2013, in which they reviewed the evidence on this controversial topic. They found that the general population is probably okay if they drop below the recommended 2,300 mg daily. But the 1,500 mg per day recommended for certain subgroups is not necessarily a good idea. The report concluded, “the evidence does not support recommendations to lower sodium intake within these subgroups to or even below 1,500 mg/day.”[5]

But don’t go grab the salt shaker just yet. Ultimately, most people consume too much, rather than too little, sodium, so reducing your salt intake is still a good idea in most cases. Plus, the harmful effects of higher sodium intake have been shown to be more detrimental than those associated with lower sodium intake.[3] But these new findings should be a warning that low salt diets can be taken too far; your body needs sodium, and you don’t necessarily need to eliminate it completely. As with many things, it seems that moderation is the healthiest choice.

If you are looking to lower your blood pressure, reducing sodium is only one tool to use. Try eating these foods to lower blood pressure, practicing deep-paced breathing, and using a variety of other natural strategies that you can read about in our collection of blogs on blood pressure.

Do you follow a low-salt diet? What do you think, is salt bad for you, or is it okay in moderation? Share your thoughts in the comments section below.

[5] Institute of Medicine. Report: Sodium Intake In Populations. May 2013.