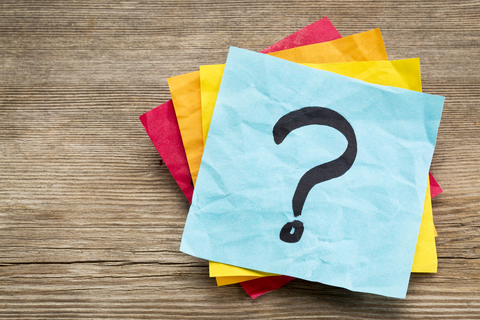 Is Hydroxycut safe based on the latest reformulation?

The original Hydroxycut supplements featured the popular weight loss ingredient, ephedra.[1] Because ephedra can increase blood pressure and stress the circulatory system in ways that are linked to heart attacks and strokes, the FDA banned all ephedra-containing supplements in 2004.[2] Hydroxycut supplements were quickly reformulated and began featuring the weight-loss ingredient hydroxycitric acid, a chemical constituent present in the plant Garcinia cambogia, along with a hefty dose of caffeine and small amounts of other ingredients.

Even after the 2004 reformulation, however, Hydroxycut products continued to be linked to adverse health outcomes, especially to liver toxicity. In 2009, after the FDA received 23 reports of Hydroxycut side effects, including a number of serious liver-related illnesses, almost all Hydroxycut products were recalled and/or voluntarily pulled from the market.[3]

Researchers from the University of California analyzed these FDA-reported Hydroxycut side effects along with 17 others and determined that the dangers of Hydroxycut can include liver failure and death.[4] A series of class-action lawsuits were filed against the company following the 2009 recall and a settlement was finally reached in 2014 requiring the company to pay out 14 million dollars.[5]

The specific ingredients in Hydroxycut in the 2009 Hydroxycut formula responsible for causing the injury remains uncertain. The researchers speculated that the green tea extract was the most likely culprit, but they also believed the liver toxicity could have come from the hydroxycitric acid (which comes from Garcinia cambogia), Cissus quadrangularis, caffeine, or a combination of ingredients. Although green tea extract is associated with a host of health benefits and most people who take it experience no adverse effects, high doses of specific green tea extractshave been shown to be toxic to the liver in genetically susceptible individuals.[6] The researchers also commented that perhaps the toxicity resulted not from any of the active Hydroxycut ingredients, but from contamination with heavy metals like arsenic, cadmium, and lead. Whether independent testing for contamination or adulteration was ever conducted on any of the Hydroxycut products linked to adverse effects is difficult to determine. To my knowledge, no such test results have ever been reported or published.

Is Hydroxycut Safe Based on the Latest Reformulation?

Remarkably, even after these two shakedowns by the FDA and the massive lawsuit, Hydroxycut reformulated all their products again, removing hydoxycitric acid, green tea extract, and virtually every other ingredient except caffeine. Today, Hydroxycut weight loss supplements remain hot sellers on the internet and in stores throughout the U.S. But is Hydroxycut safe based on this latest reformulation? Perhaps not: even the newest formulas, Hydroxycut dangers reportedly still include serious cases of liver injury[7-9], muscle injury[10], and gastrointestinal injury[11].

Although it is difficult to prove a causal relationship between Hydroxycut (or any other drug or supplement) and liver damage or other adverse effects, in cases published in peer-reviewed medical journals, Hydroxycut appears to be the culprit. The liver, muscle, and gastrointestinal injuries began after starting Hydroxycut and improved after stopping it. In addition, the subjects underwent extensive lab testing to rule out other causes.

The Hydroxycut Pro Clinical label does not disclose the exact amount of each of the above ingredients, only that two caplets contain 340 mg. That means that the majority of the 340 mg could be caffeine (or any of the other ingredients).

The recommended  Hydroxycut dose is one caplet three times a day for three days, and then two caplets three times a day. The label warns not to exceed two caplets in a four-hour period and/or six caplets in a 24-hour period. It also warns not take within five hours of bedtime and to be sure to consume eight to ten glasses of water per day. These warnings are most likely due to Hydroxycut Pro Clinical’s high caffeine content.

Caffeine for Weight Loss…Worth the Risk?

Caffeine is a central nervous system stimulant that mildly enhances weight loss when used along with a reduced calorie diet by decreasing appetite and increasing fat burning. Overall, multi-ingredient, caffeine-containing weight loss supplements result in weight reductions ranging from 0 to 6.8 lb (3.1 kg) compared to placebo when used in conjunction with diet and exercise.[12] This small amount of weight loss may not be worth the risks and side effects, however, as caffeine is associated with many adverse effects, side effects, and drug interactions.

Side effects of caffeine [13]:

Too much caffeine can be fatal. Due to genetic differences in individuals’ detoxification enzyme systems and other variables, the dose that leads to toxic effects is different for different people. Generally, amounts of caffeine greater than 2,000 mg can cause serious toxic effects, including heart rhythm irregularities, seizures, and even death; however, individuals sensitive to caffeine may exhibit adverse effects at lower doses.[12]

Because individual variation in caffeine sensitivity and because the amount of caffeine is not disclosed on the Hydroxycut Pro Clinical label, it is impossible to know whether use of the full recommended dose could lead to toxic caffeine levels in some individuals.

The manufacturers of Hydroxycut claim on the website that taking Hydroxycut Pro Clinical will help people lose more weight than dieting alone and significantly reduce body mass index (BMI). To support their claims, the website mentions two clinical studies that used the “key ingredients” in Hydroxycut Pro Clinical. They claim that average weight loss with key ingredients (lady’s mantle, wild olive, komijn, wild mint) plus a calorie-reduced diet was 20.9 lbs. vs. 1.7 lbs. for the placebo group in a 12-week study and 16.5 lbs. vs. 1.7 lbs in an 8-week study. The average BMI reduction with key ingredients was 10% vs. 0.9% with placebo in the 12-week study, and 8% vs. 0.8% in the 8-week study.

Is Hydroxycut Safe? Where’s the Evidence?

Placebo-controlled human studies are the most reliable form of evidence and, at first glance, these results look pretty impressive. However, because Hydroxycut does not provide actual citations or references, they make it difficult to determine whether the studies were actually performed or not, how they were performed, who conducted them, and, very importantly, whether the results were published in peer-reviewed medical journals.

The fact that Hydroxycut doesn’t provide references makes it seem unlikely that the studies were of high quality or that the results were ever published. I searched for the key ingredients in Pubmed.gov and some other databases and found a published clinical study out of Israel evaluating the effects of a supplement called Weighlevel, which contains Hydroxycut’s key ingredients, on weight loss in 80 overweight and obese subjects.[14]

The subjects were instructed “to continue their usual diet but to eat only three main meals daily and to take one 310 mg Weighlevel tablet 30 minutes before each meal.” Of the 60 subjects who followed the protocol and completed the study, BMI was reduced from an average of 28 to 24 in the overweight subjects and from 32 to 27 in the obese subjects.

Because there was no placebo group, however, we don’t know whether the weight loss was enhanced with the supplement or was simply due to the subjects’ elimination of snacking. Additionally, although Weighlevel was well tolerated by all subjects and no side effects were reported, the study was not designed to assess safety. What’s more, this 12-week trial does not appear to be one of the studies referred to on Hydroxycut’s website because it was not placebo controlled (Hydroxycut claims that the clinical studies were placebo-controlled).

So, not only are we left wondering, “Is Hydroxycut safe?” we just don’t know if any of the claims made about Hydroxycut’s effectiveness are true. As I’ve mentioned in my reviews of other supplements, while they can be incredibly effective tools for health and wellness, it is best not to guess or take chances on supplements that do not disclose even basic information about ingredient sources and/or their amounts, or that make claims about clinical studies but do not provide references. Without that information, you have no proof that the studies actually took place or that they resulted in the claimed benefits. Do your research on Hydroxycut side effects and stay safe and healthy!

In the meantime, if you’re looking to lose weight, refer to these proven, safe strategies:

By following basic, proven principles of weight management, you’ll be safe and healthy!