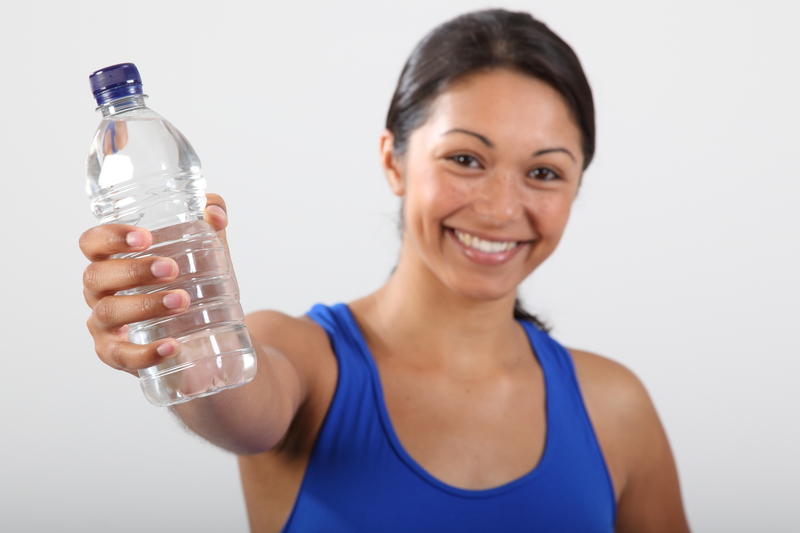 Is bottled water safe? Research is giving it a thumbs-up, although cost and environmental issues keep controversy swirling around this $16 billion industry (U.S., annual).

If you Googled “Is bottled water safe?” you likely found yourself inundated with countless sources that say, in a word, “No!” If you read on, however, you’d find that most of the controversy surrounding that question involves not so much the water itself, but the plastic bottles.

So let’s explore the issue. The U.S. Food & Drug Administration (FDA) defines bottled water as such: “Water that’s intended for human consumption and sealed in bottles or other containers with no added ingredients, except that it may contain a safe and suitable antimicrobial agent. (Fluoride may also be added within the limits set by FDA.)”

So in addressing the question “Is bottled water safe?” we’re excluding flavored water, sports water, seltzer waters, tap water, sparkling water, soda water, tonic water, and similar types of product sold in bottles. Rather, we’re looking at plain water that’s been bottled and marketed—and that sold in 2016 to the tune of 12.8 billion gallons. (See also our post Confused About How Much Water to Drink? A Myth-vs.-Reality Check.)

The American Academy of Family Practitioners (AAFP) site expresses concern that bottled water often does not contain fluoride, or, if it does, it contains insufficient amounts. The AAFP says this is a problem for those consuming nothing but bottled water.

For every dollar spent in fluoridation in tap water, according to Centers for Disease Control and Prevention (CDC), $38 is saved in dental costs. As such the AAFP recommends that if a person drinks mostly bottled water, he or she should try to consume at least a small amount of fluoridated water daily to keep healthy teeth.

Federal guidelines for bottled water began in 1973, based on drinking water standards from 1962. In 1974, the Safe Drinking Water Act turned the development of water standards over to the EPA, with the FDA ensuring that bottling companies follow the rules for water purity and safety.

Water standards are not lax for bottled water compared to tap water. In fact, says the FDA, the U.S. Environmental Protection Agency’s limit for lead in tap water is 15 parts per billion (PPB), compared to 5 ppb for bottled water. (See the EPA’s “Bottled Water Basics” brochure by clicking here.)

The FDA inspects manufacturing plants to see that they follow current good standards of manufacturing—rules that apply to all manufacturers of bottled water. To ensure adherence, water must be “sampled, analyzed, and found to be safe and sanitary.” Some states require water bottle plants to be inspected annually.

Is Bottled Water Safe? A Closer Look at the Bottles

IS BOTTLED WATER ACTUALLY FROM THE TAP?

When considering the question “Is bottled water safe?” keep in mind this great irony: The water you’re paying to get in bottles may actually be tap water, according to Food & Water Watch, a D.C.-based non-government activist group, and it’s not cheap. In a report issued in February 2018, Food & Water Watch cited research showing that 64 percent of bottled water comes from municipal tap water sources.

Much of the hullabaloo concerning bottled water safety concerns the bottles themselves.

It goes without saying that non-recycled plastic is not good for the environment, which is why there are so many strong recycling efforts going on, including a bottle-return fee in some states. You pay an additional amount, typically around 5 cents per bottle, which is returned to you when you return the bottle. Unfortunately, that amount may not be high enough, as roads and other areas are still littered with plastic bottles.

An anti-bottle article posted at EcoWatch complained that the bottled water industry “wastes water.” “In 2013, the International Bottled Water Association, an industry trade group, commissioned the first-ever study to determine how much water is required to produce one liter of bottled water. It found that North American water bottling firms use 1.39 liters to make one liter of water,” according to Ecowatch. The group would like people to begin toting tap water in reusable containers and stop manufactured bottled waters.

Other groups complain that the plastic itself leaches harmful chemicals into the water. And, while that was true two decades ago when plastic bottles were made of different materials, it’s no longer the case.

According to a report in the Chicago Tribune, current water bottles are made of polyethylene terephthalate (PET), which is “very stable.” The newspaper says the FDA considers these bottles to have an indefinite shelf life without the need for an expiration date. “But,” the Tribune adds, “the agency says long-term storage of water may result in an off-odor and taste, and bottlers may voluntarily put expiration dates on the bottles.”

A 2014 study in Spain agrees that bottled water is safe: Bottled “is practically free of constituents given off by plastic packaging or glass bottle lids.” The study revealed that today’s polyethylene terephthalate (PET) plastic bottles with a high-density polyethene lid have low levels of plasticisers (solvents to make the plastic more flexible).

“Taking into account the concentration of the constituents and the daily consumption of bottled water,” says Silvia Lacorte, the study’s lead author,” the possibility of developing health problems due to their ingestion is non-existent.”

Many articles say that the problem with plastic-leaching hazards occur when water bottles heat up, and a 2014 study published in Environmental Pollution from the University of Florida Institute of Food and Agricultural Sciences did find that plastic water bottles made from PET can release the chemicals antimony (a carcinogen) and bisphenol A (BPA). BPA is a known endocrine disruptor that can cause issues like fertility problems and heart disease.

So, soil and water science professor Lena Ma led a research team that studied chemicals released in 16 brands of bottled water kept at 158°F for four weeks, which researchers deemed a “worst-case scenario” for human consumption.

Of the 16 brands, only one exceeded the EPA standard for antimony and BPA. Based on the study, storage at warm temperatures, wouldn’t seem to be a big problem, according to Ma: “More attention should be given to other drinks packaged with polyethylene terephthalate plastic, such as milk, coffee and acidic juice. We tested only the pure water. If it is acidic juice, the story may be different.”

Ultimately, research points to a conclusion that bottled water is safe. The EPA and the FDA are on our side.

Should we buy bottled water instead of tap water? That’s a personal question that depends upon your source of water. If it’s from a well, you should do routine testing of water quality and safety. If it’s municipal, it should be safe, as the EPA monitors quality.

Accidents do happen however, as was the case in Flint, Mich., where dangerous lead levels were found in the tap water in 2014. The town has been providing free bottled water to residents since 2016 but, according to the New York Times, the town closed down bottled water distribution centers, as quality water now is restored to the community.

If you’re concerned about plastic in the environment—it can take 450 years for a plastic bottle to fully disintegrate—consider buying refillable, reusable water bottles for toting water. And, if you’re caught somewhere thirsty, there’s no proven health reason not to pick up a bottle of water. Dehydration is bad for you. You can read more about that here: “Could Deydration Be the Answer to Your Question, ‘Why Do I Feel Tired All the Time?’”