Home » Daily » Nutrition » Glutathione Benefits: How to Get the Most Out of the Body’s Number One Antioxidant 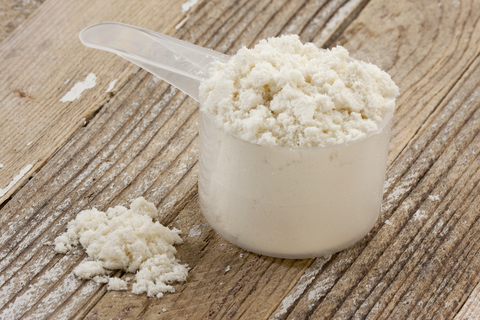 When most of us think of antioxidants, we think of things like blueberries, green tea, pomegranates, and other healthy food choices. But one of the most powerful and important antioxidants we need is produced by the body itself: glutathione.

As the body’s most powerful antioxidant, glutathione benefits the body by playing an essential role in detoxification and protecting against oxidative stress. In doing so, this important antioxidant helps protect against a variety of diseases and health problems.

Glutathione is non-essential, meaning that you don’t have to get it through diet. Instead, your body can make it itself from three amino acid building blocks (cysteine, glycine, and glutamine). It is most concentrated in the liver, but it is also found in high levels in the brain, heart, lungs, and other organs.[1]

Glutathione depletion is associated with many diseases

When glutathione levels drop, one of the major protective mechanisms in the body is compromised. It is not surprising, then, that low levels of glutathione can cause a variety of health problems. Low glutathione is linked to neurodegenerative diseases like Parkinson’s disease and Alzheimer’s disease, infections like HIV, type 2 diabetes, cardiovascular disease, lung conditions, depression and more.[1-6]

How to boost your glutathione levels

Because glutathione is so important in the body, you might think that popping a glutathione pill would be a good idea for everyone. But studies show that taking glutathione itself doesn’t help boost glutathione levels; oral doses of glutathione are degraded rapidly in the gut and are broken down easily, making direct oral administration of glutathione ineffective.[1,7]

Instead of taking glutathione directly, there are many other strategies you can use to boost your levels and take advantage of the many glutathione benefits. Many of these are precursors to glutathione that are made up of the building blocks for this essential antioxidant. They allow you to feed your body with the materials it needs to make enough.

To get started, make sure you’re eating plenty of the foods that boost glutathione and try adding either NAC or whey protein to your diet. To find a physician who is familiar with glutathione therapy, visit our Integrative Practitioner Directory here.

Do you know of any other glutathione-boosting tips? Share your experience with the many glutathione benefits for your body in the comments section below.