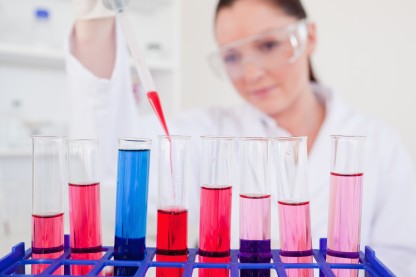 You may be surprised to know that many naturopathic physicians (ND’s) and integrative medical doctors (MD’s) incorporate advanced genetic testing into patient care, using gene tests for a wide variety of medical conditions. Personalized medicine using genetic testing is not just the wave of the future, it’s being used right now. Angelina Jolie’s recent decision to undergo preventative mastectomy upon finding that she carried a very high-risk genetic mutation for breast cancer put genetic testing into the spotlight. But there is a lot more gene tests can do than identify mutations linked to cancer risk.

Many ND’s and integrative MD’s are currently using gene tests to identify patients’ genetic risks and susceptibilities, as well as to diagnose medical conditions. Many of the gene tests evaluate what are known as single nucleotide polymorphisms (SNPs; pronounced “snips”) in order to identify your predisposition to diseases. SNPs are the most frequent type of variation in the human genome and help to determine your susceptibility to common diseases like heart disease, osteoporosis, and cancer.

The following are some examples of how genetic testing for certain SNPs is currently being used:

Another way naturopathic physicians and integrative MDs are utilizing genetic testing is by analyzing DNA to identify microbiota (good/bad bacteria, yeast/fungi, parasites) of the gut environment. These gene tests are referred to as “Microbial DNA Analysis.” These are not tests for uncovering your predispositions using SNPs; rather, they look at the actual DNA of the microbes living in your gut to help diagnose dysbiosis (the overgrowth of bad bacteria) and GI infections for people with gastrointestinal symptoms.

Gene tests predict disease risk, but keep in mind that your genes are not your destiny!

Just because you have a certain gene or a genetic flaw discovered by genetic testing doesn’t mean you are destined to experience the associated disease. Whether or not a gene is expressed is mostly flexible and influenced by factors in your life that are able to be modified. There are only a few very rare diseases which are absolutely determined by your genetic make-up. The most common diseases, which tend to be chronic, age-related, and what we call “degenerative,” are the result of ongoing interaction between genetic and environmental factors. It is the environmental factors which experts believe switch on a gene’s ability to promote disease.

As you can see from the list above, the diseases that can occur due to the switching on genes include everything from heart disease, diabetes, cancer, osteoporosis, depression, and chronic fatigue syndrome. Meanwhile, the environmental factors include such harmful agents and conditions as hormone imbalances; bacterial infections; poor diet; chronic nutritional deficiencies; unhealthy lifestyle habits; and toxic exposures to cigarette smoke, air pollution, excessive alcohol, or other substances.

Genetic testing allows you and your doctor to evaluate your unique genetic predispositions to these and other diseases and then work to implement a targeted, customized intervention plan before disease develops. By identifying gene mutations that may promote chronic disease via gene tests, you can better prevent disease by intervening earlier and modifying your gene expression through more precise, targeted, individualized interventions. And you would probably be much more motivated to do so knowing you have a predisposition in that area.

To find a naturopathic physician or integrative medical doctor in your area who performs genetic testing, view our online directory here.