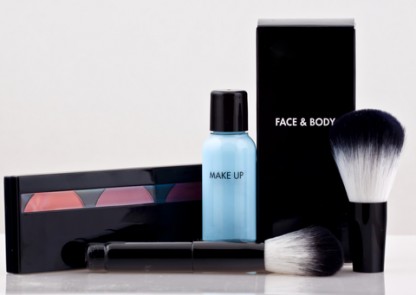 What are endocrine disruptors?

Endocrine disruptors are compounds that alter the normal functioning of your body’s endocrine system, the complex network of glands and hormones that regulates numerous bodily functions. The endocrine glands include the hypothalamus and pituitary glands in your brain, your thyroid, your adrenal glands, and your ovaries or testes, and each makes hormones which act as natural chemical messengers. Hormones  travel through your bloodstream to tissues or organs and affect growth and development, metabolism, digestion, elimination, breathing, blood circulation, body temperature, sexual function, reproduction, and mood.

How do endocrine disruptors work?

What substances are endocrine disruptors and where are they found?

Endocrine disruptors include synthetic chemicals used as industrial chemical solvents and lubricants, plastic compounds, plasticizers, pesticides, pharmaceutical agents, and heavy metals such as cadmium and lead. Many endocrine disruptors, like bisphenol A (BPA) and phthalates found in plastic, are colorless and odorless and have been found just about everywhere—flooring, plastic cups, beach balls, plastic wrap, intravenous tubing, cosmetics, and food. Phthalates, for example, are widely used in industrial food production and have been found to leech from packaging to contaminate food. Some endocrine disruptors, such as PCB’s, DDT, and older flame retardants, have been banned for years in most countries but nevertheless still show up in our dairy, meat, and fish. Many contemporary pesticides and personal care products are heavily suspected to be endocrine disruptors. Parabens, for example, are ubiquitous in soaps, lotions, and cosmetics, and are also used as preservatives in food and beverages. UV filters in sunblock and synthetic fragrances in personal care products are also suspected endocrine disruptors.

What health conditions are linked to endocrine disruptors?

How to avoid endocrine disruptors

Let’s help each other within our natural health community. Please tell us what steps you are taking to protect your family from these stealth toxins that have invaded our modern society. Go to the Add Your Comments section below, click in the box and share your insights.