Home » Daily » Nutrition » Conventional vs. Natural Heartburn Remedies – How to Test for Hypochlorhydria to Determine the Best Treatment 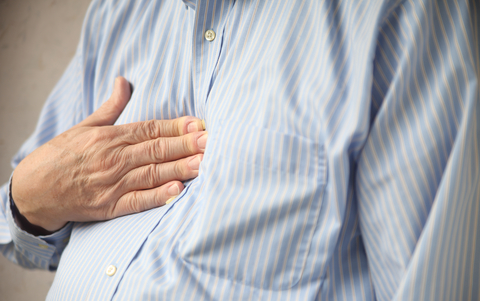 Heartburn is almost never the result of too much stomach acid, but it may often be a signal of too little.

The myth of “acid indigestion,” perpetuated by the pharmaceutical companies, flies in the face of this well-documented, but little-appreciated, medical fact: heartburn is almost never the result of too much stomach acid, but it may often be a signal of too little! When choosing between conventional drugs or natural heartburn remedies, you may find it helpful to test your stomach acid levels.

In part 1 of this article you learned about the condition of low stomach acid production, officially known as hypochlorhydria, which is a major cause of indigestion symptoms such as stomach pain and excessive fullness after meals, heartburn, bloating, reflex, and belching.

The three most common causes of this prevalent and under-recognized condition of hypochlorhydria are:

Numerous methods are available for measuring gastric acid and stomach acidity and diagnosing hypochlorhydria. The most accurate method measures the maximum amount of acid that can be produced by using an intravenous drug to stimulate maximal acid secretion and then suctioning the stomach contents through a tube. Not surprisingly, this method is rarely used except in research scenarios because of its invasiveness. More commonly, gastric pH analysis is performed by using a device called a Heidelberg capsule.

The Heidelberg system uses a tiny pH sensor and radio transmitter compressed into a capsule. When swallowed, the sensor measures the stomach contents’ pH and relays the findings to a receiver connected to a computer. After swallowing the capsule, an alkaline solution of baking soda is swallowed and the rate at which the stomach contents gradually turn back into the acidic range as the stomach lining secretes hydrochloric acid. This provides a measurement of the stomach’s ability to produce stomach acid.

Unfortunately, most conventional physicians, including gastroenterologists, never perform the Heidelberg test (or any type of gastric analysis) or attempt to diagnose hypochlorhydria. Because the conventional heartburn “remedies” all work by blocking acid production, the only time most gastroenterologists even consider measuring gastric acid production is when they want to evaluate how well acid-inhibiting drugs are blocking acid production. The fact is that even a small amount of acid in the wrong place (like the esophagus) can cause painful symptoms and is associated in the medical literature with certain diseases such as asthma, autoimmune disorders, and skin disorders like rosacea. While blocking the acid helps stop the symptoms, it doesn’t address the hypochlorhydria and other underlying causes.

A better, more natural approach, successfully utilized by many practitioners and patients of natural medicine, is to treat hypochlorhydria. Amazingly, patients and doctors alike find that treating hypochlorhydria by increasing hydrochloric acid in the stomach often acts as one of the most effective natural heartburn remedies. While it definitely seems counterintuitive, treating hypochlorhydria by increasing stomach acidity to normal levels by taking hydrochloric acid (betaine HCl) can bring indigestion relief and is one of the most effective and underutilized natural heartburn remedies available. Discover exactly how to take betaine HCl as a supplement by reading part 3 of this article now: Betaine HCl – One of the Best Natural Heartburn Remedies.