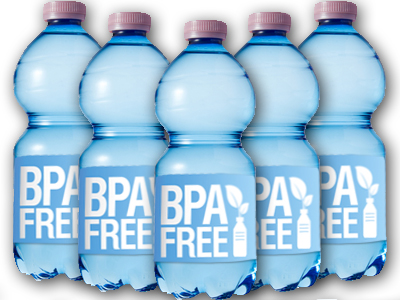 If you see “BPA-free” displayed prominently on the label of a water bottle or can of food, you may assume the container is indeed made of BPA-free plastic. You may also assume the company had enough knowledge and integrity not to just substitute a different hormone-disrupting chemical for the BPA. However, recent studies provide evidence that some BPA free plastics aren’t really BPA-free, while other studies show that the BPA-free alternatives may not be any better, and may be even worse, in terms of their toxicity. So how do you know which plastics are safe?

What is BPA and why is it dangerous?

BPA, or bisphenol A, is a chemical used in some plastics, including water bottles, baby bottles, aluminum can liners, caps and lids, and paper receipts. BPA is one of the most notorious “endocrine disruptors,” meaning it disrupts the body’s hormonal systems. Research shows that BPA not only acts just like the hormone estrogen in the body, it also disrupts androgens like testosterone and even thyroid hormones. Furthermore, recent research shows that in addition to affecting the body’s endocrine system, these chemicals disrupt immune function as well.For instance, the immune systems of individuals with higher BPA exposure are less able to control chronic infections.[1]

Many researchers believe BPA can produce many health-related problems, such as early puberty in females, reduced sperm counts, altered functions of reproductive organs, obesity, altered sex-specific behaviors, and increased rates of some breast, ovarian, testicular, and prostate cancers. BPA is especially dangerous for fetuses, babies, and young children who are still developing and who don’t have the same detoxification abilities as older children and adults. Kids who are exposed to higher levels of BPA have been shown to have more obesity, depression, and inattention, for instance.

One 2011 study conducted by researchers at the University of Texas and published in Environmental Health Perspectives looked into plastics now being used as alternatives to BPA.[2] The researchers found that most plastic products, including BPA-free plastics and chemicals used as replacements for BPA, release chemicals having estrogenic activity. In fact, all the replacement chemicals and products they tested released endocrine disrupting chemicals with estrogen-like activity. Sometimes these BPA replacements had even more estrogenic activity than BPA.

The estrogenic activity of some of these BPA replacements was especially potent when the products were exposed to UV light. “Our data suggest that almost all commercially available plastic items would leach detectable amounts of chemicals having estrogenic activity once such items are exposed to boiling water, sunlight (UV), and/or microwaving,” they wrote. Even heat from dishwashing accelerated the leaching of endocrine disrupting chemicals from the products.

Any plastic is suspect

Since 1988, plastic bottles have been identified by “resin identification codes”. These codes were created to help with recycling and can be found on the bottom of plastic bottles marked with a triangle emblem, numbered 1 through 7. The plastic food-storage containers that supposedly contain the highest amounts of BPA are those made with polycarbonate, which is indicated by a number 7 in the recycling triangle. But, keep in mind that not all number 7 plastic is polycarbonateand it can often be difficult to ascertain the material used to produce the plastic.

According to the University of Texas researchers, the exact chemical composition of almost any commercially available plastic part is proprietary and not known. A single plastic item like a baby bottle may consist of more than 100 chemicals, almost all of which can leach from the product and some of which will almost certainly be endocrine disruptors, they say. Even when using all materials that initially show no signs of estrogen activity, the manufacturing process can convert chemicals into endocrine disruptors.

The moral of this story is that we really may not know whether any BPA-free plastics are safe until more research is conducted. Until then, it pays to avoid storing food in plastics or consuming food that has come into contact with plastics as much as possible. You can learn more about BPA and other endocrine disrupting chemicals in the following articles: