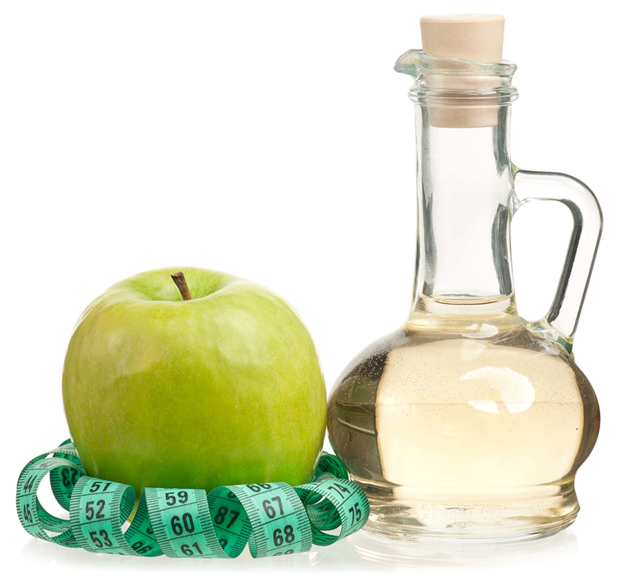 Looking to drop pounds? There's evidence that you can take apple vinegar for weight loss; our post explains how.

Vinegar has been used for centuries as a medicinal concoction with a wide variety of purposes, from treating jellyfish stings and poison ivy to croup and even cancer. Dating as far back as 420 B.C., Hippocrates recommended vinegar for curing wounds. And in 50 B.C., Cleopatra dissolved her precious pearls in vinegar and offered it as an aphrodisiac to Anthony. But, a little known fact about the alluring drink is that you can actually take apple cider vinegar for weight loss, and the fat-burning effects have been well supported by research studies.

Acetic acid (AcOH), a short-chain fatty acid and the one of the main components of apple cider vinegar, has been found to suppress body fat accumulation. In one Japanese double-blind trial, subjects were randomly assigned to three groups. Each of the participants had similar body weight, body mass index (BMI), and waist circumference.

During the 12-week treatment period, the subjects in each group ingested 500 ml daily of a beverage containing either 15 ml of vinegar (750 mg AcOH), 30 ml of vinegar (1,500 mg AcOH), or 0 ml of vinegar (0 mg AcOH, placebo). The results indicated that overall body weight, BMI, visceral (abdominal) fat area, waist circumference, and serum triglyceride levels were significantly lower in both vinegar groups compared to the placebo group.

The study authors concluded that daily intake of vinegar is useful in reducing obesity.

Another study in animals showed that AcOH in apple cider vinegar had beneficial effects by boosting metabolism. The results indicated that the AcOH consumption activated an enzyme called AMPK, which increased fat burning and decreased fat and sugar production in the liver. 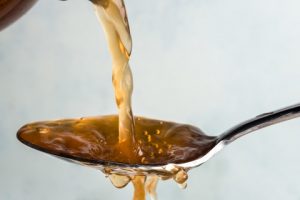 Further research has shown that along with boosting metabolism and reducing stubborn belly fat, apple cider vinegar can act as an appetite suppressant, though the method of how it actually achieves a feeling of fullness has been debated.

Two separate studies published in the European Journal of Clinical Nutrition and the Journal of the American Dietetic Association indicated that people who take vinegar along with a high-carb meal end up eating 200 to 275 fewer calories for the day.

The European study showed that consuming small amounts of vinegar may blunt post-meal blood sugar spikes by reducing the glycemic response by as much as 20 to 40 percent. This is important because when blood sugar levels are more evenly stabilized, it helps decrease cravings for sugar or other unhealthy snacks.

A more recent study suggested that the AcOH in apple cider vinegar actually works by suppressing the brain’s hypothalamic centers, which control appetite and can lead to reduced food intake.

It’s important to note, though, that some researchers have indicated that higher feelings of satiety are actually due to nothing more than the nauseous feeling you can get from drinking the sour vinegar.

How to Take Apple Cider Vinegar for Weight Loss

By itself, drinking apple cider vinegar probably won’t help you reach your weight loss goals. The best way to lose weight is to eat a healthy diet and to exercise. But, adding a little apple cider vinegar to your daily regime can give you that extra push in the right direction, especially when it comes to the numbers on the scale.

To melt away the belly fat, you’ll need to consume at least two tablespoons (30 ml) per day—preferably one tablespoon (15 ml) in two separate doses. Apple cider vinegar is highly acidic and can irritate your throat and esophagus or strip the enamel from your teeth. Therefore, it’s best to consume it mixed with other beverages like smoothies, or to take a tablespoon with 8 ounces of water.

Also, to avoid the feelings of nausea as well as provide an added boost toward stabilizing your blood sugar, try taking apple cider vinegar before or during a meal. A great method is to use it combined with olive oil as a salad dressing, or by adding it to dips or sauces for vegetables.

What about you? How do you take your apple cider vinegar? Do you have a great recipe? Share it with us below in the Comments section.

For more information on apple cider vinegar’s benefits, check out 3 Apple Cider Vinegar Benefits: How to Have a Healthier Heart and Better Blood Sugar—and Lose Weight, Too.