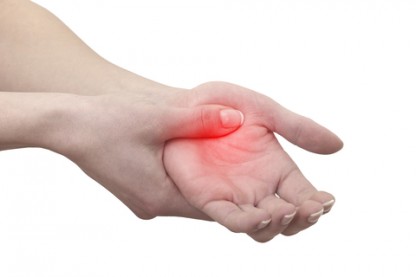 No discussion about natural remedies for joint pain would be complete without the inclusion of glucosamine, chondroitin, and methylsulfonylmethane (MSM). These three compounds have been studied in more clinical trials and have been the subjects of more controversy than any other joint pain supplements. Millions of people take them, healthcare professionals debate their value, and researchers continue to study their effects with no definitive answers in sight.

Both glucosamine and chondroitin are natural compounds found in healthy joints. Glucosamine sulfate is a normal constituent of in joint cartilage and fluid, while chondroitin sulfate is a major component of the lining of joints. The two compounds are structurally related and are commonly taken together to treat osteoarthritis.

More studies have been conducted with glucosamine and chondroitin (individually as well as the combination) than with any other natural remedies for joint pain. The studies have been of various quality (i.e., some very high, some poor) and have used various forms of each ingredient (i.e., glucosamine sulfate, glucosamine HCl), dosages, and lengths of treatment. Perhaps because of these differences and more, results have been conflicting and there is much controversy among researchers and medical professionals about the effectiveness of glucosamine and chondroitin. Many, but not all, trials have shown that supplementing with glucosamine sulfate and/or chondroitin sulfate reduces pain, increases joint mobility, and promotes healing within the joints.

Experts all over the world were hoping the most recent study, results of which were just published in January 2014, would shed light onto the ongoing controversy about the value of chondroitin, glucosamine and their combination in the treatment of osteoarthritis of the knee, and provide answers to several open questions. This study, known as the LEGS study, was conducted by a large research team out of the University of Sidney in Australia.[1]

The LEGS study was a double-blind, randomized, placebo-controlled trial involving 605 participants with chronic knee pain due to osteoarthritis. All the patients had evidence of joint-space narrowing on x-rays and MRIs, which was tracked throughout the study, along with pain. The participants were followed over two years, during which time they took glucosamine sulfate (1500 mg once daily), chondroitin sulfate (800 mg once daily), both supplements, or matching placebo capsules.

After 2 years, only the supplement combination (glucosamine plus chondroitin) resulted in a statistically significant (P =0.046) reduction of joint space narrowing, indicating healing of the joints. The researchers concluded that the glucosamine-chondroitin combo significantly improves the structure of the knee joint in patients with knee osteoarthritis.

The results were not so promising for pain relief. Although all four treatment groups, including the placebo group, had reduced knee pain over the study period, none demonstrated significant pain relief above placebo.

This result seems to contradict that of the large GAIT trial, funded by the National Institutes of Health, which studied the effects of glucosamine and chondroitin in 1,583 people with osteoarthritis.[2] The results of the GAIT study, which were published in the New England Journal of Medicine, found that glucosamine and chondroitin sulfate “significantly decreased” knee pain, but only in those with moderate-to-severe osteoarthritis (not in those with mild).

Perhaps the LEGS study didn’t find evidence of pain reduction because most of the subjects had mild joint disease based on their imaging studies. Only 20% of them were using nonsteroidal anti-inflammatory drugs (NSAIDs) for pain relief at the start of the study. It could be that glucosamine and chondroitin generally don’t reduce joint pain until the arthritis is beyond the mild stage, even though they work to heal the joints even in mild cases.

Only more well-designed clinical trials will answer these questions and allow firm conclusions to be drawn about glucosamine and chondroitin. While many conventional medical practitioners have long abandoned any hope for these nutrients, the latest research shows that they may, indeed, have benefits that go beyond symptomatic pain reduction and they may be a safe alternative or addition to riskier pain relievers.  Certainly you can find plenty of anecdotal support for this supplement combo as many long term users will fervently declare they notice a big difference when they stop taking their glucosamine/chondroitin pills.

If you want to give glucosamine and chondroitin a try, choose the sulfate forms (if you’re not allergic to shellfish or opposed to supplements derived from them) and take 1,500 mg of glucosamine sulfate along with 800 to 1,200 mg of chondroitin sulfate daily.

Another natural remedy for joint pain, MSM, is often taken in combination with glucosamine and chondroitin sulfate. It is a naturally occurring nutrient composed of sulfur, oxygen, and methyl groups. Formed in plants, it can be found in small quantities in a variety of foods. MSM is considered a rich source of organic sulfur, which is an important building block for joints, and is thought to have both anti-inflammatory and antioxidant properties. It has been shown to have numerous health benefits in addition to its effects on arthritis, including allergy reduction and cancer protection.

In mice with osteoarthritis, MSM decreases degeneration of knee joint cartilage.[3] So far, only short-term clinical trials have been conducted in humans. Evidence from studies in people with osteoarthritis indicates that MSM may be moderately effective in improving joint pain, swelling, and general functional well-being.[4-6] In one trial, this effect was greater when MSM was combined with glucosamine.[6]Although MSM benefits may be only moderate, its effects appear to have a more rapid onset of action than joint supplements like glucosamine.[6]

MSM improves joint pain and function in most recent study

The most recent human study to examine MSM’s effects on joint pain and other arthritis symptoms was arandomized, double-blind, placebo-controlled clinical trial in men and women with knee osteoarthritis.[4] The patients were randomly assigned to receive MSM in doses of 1,125 mg three times daily for 12 weeks or a placebo. Researchers tracked their pain, stiffness, and ability to function. At the end of the trial, the patients taking the MSM had small but statistically significant reductions in pain and improvements in physical function.  The researchers recommended future trials with more patients and longer treatment periods to further assess MSM’s role in treating joint pain.

The jury is still out when it comes to a solid verdict on the absolute value of these three supplements for joint pain. Glucosamine, chondroitin, and MSM may all be useful for improving the structure of degenerated joints and decreasing joint pain. If you want to try these supplements, your best bet may be to combine glucosamine and chondroitin sulfate with MSM. Take a daily total of 3 grams MSM, 1,500 mg of glucosamine sulfate, and 800 to 1,200 mg of chondroitin sulfate to mimic the most effective dosages identified in studies.

In addition to supplements, exercise therapy, dietary therapy, and other non-drug treatments, such as laser therapy, can be extremely helpful for decreasing joint pain and improving joint function.

Have you tried any of these supplements or other natural remedies for joint pain? What other treatments have you found to be effective? Please share your experiences with us and the NHA community by commenting below, visiting our Facebook page, and following us on Twitter.