Home » Daily » Memory » What Is Vascular Dementia and How Does High Blood Pressure Cause It? 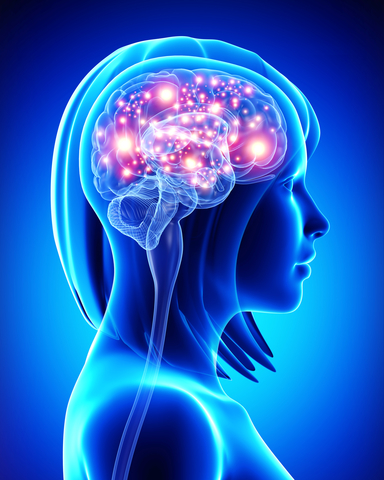 The majority of dementia sufferers actually have both Alzheimer’s disease and vascular dementia.

Vascular dementia, the second leading kind of dementia after Alzheimer’s disease, is relatively unknown and unrecognized by the general population compared to Alzheimer’s. Yet it is responsible for at least 20 percent of cases of dementia.[1]

The majority of dementia sufferers actually have both Alzheimer’s disease and vascular dementia; this combination is now the leading cause of age-related cognitive impairment.[1]

Vascular dementia is a brain disease characterized by problems with reasoning, planning, judgment, memory and other thought processes. It is caused by brain damage from impaired blood flow to your brain.

The symptoms of vascular dementia are highly variable and depend on the cause and location of the blood flow impairment. They can develop suddenly, in distinct steps downward, or very gradually.

Once full-blown vascular dementia has developed, the symptoms can overlap with those of Alzheimer’s disease and can include:

Your risk is especially high if you develop high blood pressure in mid-life. In that case, even if your late-life blood pressure is reduced to less than 140/90, your risk remains elevated.[3]High blood pressure causes excessive free radical production (oxidative stress) and inflammation directly within the blood vessels that supply the brain.[2] Through these and other mechanisms, hypertension gradually injures the brain’s blood vessels, particularly the small arteries. Over time, the arterial damage caused by high blood pressure leads to what are called “white matter lesions.”

Alzheimer’s-related dementia is caused primarily by lesions in the grey matter —called amyloid plaques. In contrast, vascular dementia is associated with white-matter lesions that occur when the small arteries that supply the brain are injured.

Another way high blood pressure leads to vascular dementia is by causing strokes. A stroke occurs when a blood vessel to the brain is either blocked by a clot (ischemic stroke) or bursts (hemorrhagic stroke). High blood pressure causes both types of strokes by damaging blood vessels so they either become blocked or burst more easily.

A single, major stroke can cause immediate dementia. But even mini strokes (transient ischemic attacks) or strokes that don’t cause any noticeable symptoms (silent brain infarctions) increase dementia risk. The more mini or silent strokes you have over time, the more your vascular dementia risk increases.

How to Treat Vascular Dementia Naturally

While the ultimate goal is to prevent vascular dementia before it occurs, treating your hypertension and improving your underlying blood vessel health may also sometimes slow the progression of vascular dementia when it is already present, preventing further decline.

Your best bet for naturally lowering your blood pressure and improving the underlying health of your blood vessels is to follow a comprehensive, multi-faceted treatment program that includes dietary therapy, exercise, nutritional therapy, stress reduction, sleep optimization, and other natural lifestyle interventions.

Many of the natural treatments that lower blood pressure, such as physical activity and healthy diets like the DASH and Mediterranean diets, also help protect the brain. For some excellent ideas on how to naturally lower your blood pressure while simultaneously protecting your brain, you can also take the following simple steps:

Losing your ability to think and remember is one of the most devastating manifestations of high blood pressure. Get started today with a plan to keep your brain’s blood vessels clear and healthy to keep vascular dementia at bay.

Share with our readers what you do to naturally lower your blood pressure and protect your brain. Leave a comment below.