Home » Daily » Memory » What Helps With Memory Protection? Your Career is Key 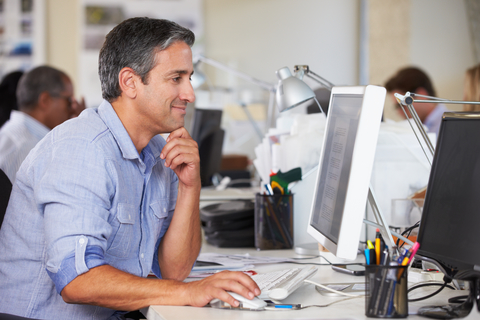 Mental demands at work may be what helps with memory loss prevention.

Is your brain fried at the end of a long day at work? Does your mind get such a big workout juggling tasks, brainstorming ideas, and problem solving that you can hardly think straight when you get home? Although you might be tempted to resent your career for tiring out your brain, this might actually be a good thing; mental demands at work may be what helps with memory loss prevention.

A study published this year in the journal Neurology looked at data from over 1,000 people 75 years of age and older. They measured cognitive functioning at the beginning of the study and then followed up eight years later. The researchers found that people who had previously had a high level of mentally demanding tasks at work had significantly higher cognitive function at baseline than those who did not have such demanding work. The eight year follow up also allowed them to determine that the rate of cognitive decline was lower among those people who had done mentally demanding work. Specifically, tasks that stimulated verbal intelligence and executive functions (planning, organizing, making decisions, remembering details, etc.) were particularly important for sustaining high levels of cognitive function with age.[1]

There are many theories on why mental demanding work may protect against cognitive decline and dementia. In a nutshell, researchers believe that higher levels of mental activity throughout our lives can help build up a “cognitive reserve” that enhances our mental capacity. This kind of reserve can help compensate for damages that occur in the brain naturally as we age, thus delaying the onset of symptoms like memory loss and dementia.[2] This theory is why people are encouraged to challenge their brains on a regular basis.

If you have a mentally demanding job, hopefully this new research can help you to find a newfound appreciation for your work. And if you don’t feel that your career or daily life gives you ample opportunity to challenge your mind, try to spend some time each day pursuing something that does. Try one of these ideas:

Anything that makes you think, use your brain, and build up a cognitive reserve can theoretically help protect against memory loss and dementia in old age.

Check out our collection of blogs on Cognitive Decline and Memory Issues for other tips on prevention and management of cognitive decline, dementia, and Alzheimer’s disease.

Does your job give you an adequate mental challenge? What helps with memory for you? Please share any brain exercises or games that you like to use to keep your brain in top shape.