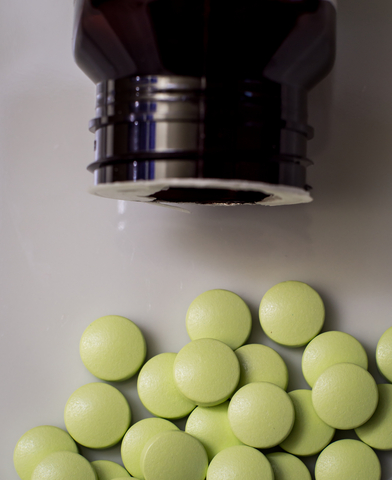 Daily intake of a supplement containing 3 vital B vitamins for memory loss and stroke prevention—folate and vitamins B12 and B6—could help prevent these two dreaded age-related brain conditions, according to new studies. Adding a simple, inexpensive B vitamin supplement that contains these three B vitamins to your daily routine may reduce your chance of suffering from Alzheimer’s or a stroke, and may improve your memory, mood, and energy levels in the process.

B vitamins for preventing strokes

The first study was a meta-analysis on the effect of B vitamin supplementation on stroke risk published in the journal Neurology. The team of neurology researchers analyzed 14 double-blind, randomized clinical trials that included 54,913 participants.[1] They concluded that taking folate and vitamin B12 (and B6 in some studies) significantly reduces the stroke rate and lowered stroke risk by an average of 7%. The results of the meta-analysis indicate that the B vitamin benefits for reducing stroke become more apparent after three years.

Using B vitamins to lower homocysteine may also be an effective way to reduce your risk of Alzheimer’s and other forms of dementia. In the second study, researchers from the University of Oxford in the UK showed that taking folate and vitamin B12 (along with vitamin B6) significantly slows brain shrinkage.[2] Brain atrophy is reduced by 7-fold in those regions of grey matter specifically vulnerable to Alzheimer’s disease. The B vitamin supplements work to slow brain changes by lowering homocysteine. These results were not unexpected, given that previous studies have shown that both low folate levels and high homocysteine levels in the blood are associated with brain atrophy.[3]

Based on the fact that the B vitamins stopped brain shrinkage, the researchers predict that taking these vitamins would also slow cognitive decline and prevent progression to dementia. They are designing a study to test this hypothesis, but other groups of researchers have already showed in clinical studies that supplementing with folate and B12 (as well as B6 in some trials) can help to slow cognitive decline in people with mild cognitive impairment (memory loss associated with early dementia), in particular in those with elevated homocysteine.[4]

How to take B vitamins to prevent strokes and dementia

Folate and vitamins B12 and B6 can not only help prevent strokes and dementia, they can help improve the health of your entire cardiovascular system (heart, blood vessels), improve your mood if you’re depressed, and even boost your energy levels. If you have high homocysteine levels, it is especially important that you take these B vitamins to lower homocysteine and reduce your risks. Generally, you will need to take at least 0.8 mg (800 mcg) folic acid, 0.5 mg (500 mcg) vitamin B12 and 20 mg vitamin B6 daily, but higher doses (and more absorbable forms of the vitamins) may be necessary depending on your baseline homocysteine levels and other factors. To find out more about homocysteine tests, optimal homocysteine levels, and how to lower homocysteine using B vitamins, stay tuned for another article next week.