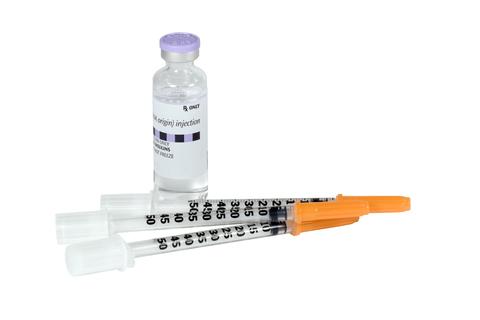 Insulin resistance is most well known for its links to heart disease, obesity, and Type 2 diabetes, however a growing body of research links insulin resistance to a decline in cognition, or the ability to learn and process information.[1]

The brain makes its own insulin and uses it for memory formation. [2] Appropriate levels of insulin help manage brain glucose, produce important brain chemicals called neurotransmitters, and regulate inflammation in the brain.

Many people with insulin resistance go on to develop type 2 diabetes, due to a breakdown in the body’s blood-sugar regulating system.  As you can imagine, studies also have established clear links between type 2 diabetes and an increased risk of Alzheimer’s disease, dementia, and mild cognitive impairment.[3,4]

The discovery of insulin’s link with Alzheimer’s has led some researchers to refer to the disease as “type 3 diabetes.”[5] In other words, just as insulin resistance and diabetes lead to a cascade of health problems in the body—increased risk for heart disease, obesity, chronic inflammation, high blood pressure, hormonal imbalances, and more—so does it lead to health problems in the brain.

Studies that an insulin nasal spray is a promising treatment for Alzheimer’s supports Alzheimer’s emerging identity as type 3 diabetes. Subjects administered 20 IU of insulin daily through a nasal spray showed improved memory and cognition, while the placebo group’s cognition and functional ability declined.[6]

A diet high in sugars, sodas, and simple starches—breads, pastas, rice, potatoes—and the American tendency to super size portions is the most common cause of insulin resistance. The grain-based USDA food pyramid, the explosion of junk food and fast-food restaurants, and the ever-growing dependence on soda for hydration has made obesity and diabetes a national health crisis. In fact, some researchers suggest that the climbing rate of childhood obesity will lead to cognitive problems in younger people.

Ditching government guidelines and adapting a diet on which the human body was designed to function, you can support and preserve brain health. This includes minimizing sweet, starchy foods, eliminating desserts, kicking the soda habit, and transitioning to a whole foods diet that emphasizes leafy,  green vegetables, organic and pastured animal products, and natural, un-processed fats.