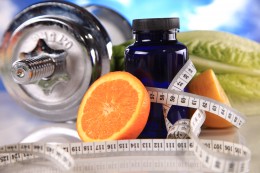 Researchers still haven’t found a fool proof way to cure or prevent mild cognitive impairment (pre-dementia) or Alzheimer’s disease that works for everyone. However, enough strong scientific studies have linked various diet and lifestyle factors with the disease that a handful of strategies stand out in their ability to profoundly inhibit the risks.

Sometimes “diet and lifestyle” are the last things anyone wants to hear. Taking a pill is much easier. It can be hard to make changes at first, such as adding in a walking routine. But you can help your motivation by finding support online or in person from a friend. If you can do so, that walk or diet change can also be fun, give you a sense of accomplishment, and go beyond Alzheimer’s prevention to relieve other health maladies such as chronic pain, high cholesterol, or insulin resistance (pre-diabetes).

With that said, let’s look at some basic and advanced strategies for Mild Cognitive Impairment and Alzheimer’s prevention. If you’re sedentary and accustomed to eating primarily fast foods and packaged foods, you may want to start with basic before graduating to advanced:

The links between Alzheimer’s and high blood sugar are astonishing, prompting some researchers to call Alzheimer’s type 3 diabetes. If you are serious about brain health, you need to adopt an anti-inflammatory, low sugar, lower-carbohydrate diet.

Regular physical exercise reduces your risk of Alzheimer’s by 50 percent.

The industrialization of farming and our food supply has rendered our food less nutrient dense than it used to be. Combine that with the fact most American diets lack vital brain nutrients, and the case for supplementation can be clearly made. Although the number of herbs and nutrients that have been linked with brain health could fill your kitchen cupboards, a few essentials stand out. These include:

Don’t wait until you have been diagnosed with Mild Cognitive Impairment or have dementia symptoms to begin thinking seriously about your brain health. Most experts believe Alzheimer’s disease is slowly progressing in a person for years before it ever manifests the first memory problem symptoms. So early prevention is the key.  Making lifestyle changes can have profound effects – both now and in your future – ensuring quality time spent with your friends and loved ones.