For most of us, mental processes like memory and learning slow with age. We forget names, can’t remember why we just walked into a room, and don’t learn new things as quickly and easily as we once did. We may notice memory problems in ourselves or our loved ones and fear they may be signaling the onset of Alzheimer’s disease. We might even search the Internet for a memory loss test to attempt to assess just how impaired our memory really is.

The difference between age-related memory loss and mild cognitive impairment

Just as there is no single test that proves a person has Alzheimer’s disease, there is no single test that proves a person has mild cognitive impairment. There are, however, standardized, scientifically validated tests that are considered the preferred screening tests for mild cognitive impairment. The Alzheimer’s Association recommends three of these tests for primary care doctors to use to screen anyone with memory concerns for mild cognitive impairment.[1,2] They are designed to be quick, basic screening tests and are freely available for anyone to use. Each of the simple tests must be administered by another person (they cannot be self-administered). The instructions, as well as information about how the tests are scored and how the scores are interpreted, are included with each test. 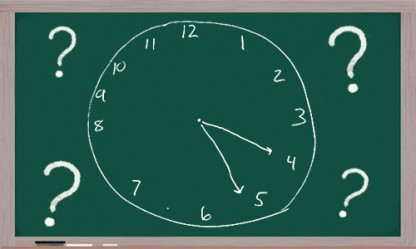 What if further assessment is needed?

If your doctor strongly suspects you have mild cognitive impairment, he or she should refer you to a practitioner (typically a psychologist) who specializes in administering a full panel of cognitive tests for diagnosing mild cognitive impairment. This is considered the most accurate method of pinpointing and measuring cognitive problems and involves answering questions and performing tasks that have been carefully designed to assess cognitive abilities such as memory, attention, orientation to time and place, use of language, reasoning, abstract thinking, and problem solving.

There are many ways to improve your memory and cognition. Explore a variety of scientifically backed strategies here. Don’t miss these blogs:

Be sure to share your experiences—and questions too—in the comments section below.