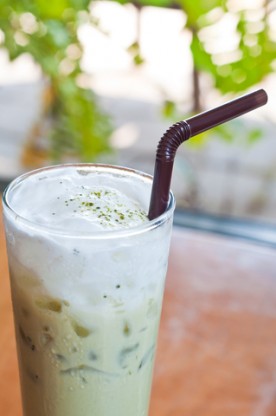 Foods have the amazing potential to alter your brain health and function. Based on current research, green tea is very likely the world’s best food to improve memory and, for the first time, scientists have figured out just how it works. A randomized, double-blind, placebo-controlled study, led by researchers from the University of Basel, Switzerland, provides the first evidence that green tea improves working memory by improving the brain’s plasticity and enhancing the connections between the frontal and parietal lobes.[1]

Investigators gave 12healthy young men tasks to test their working memory while undergoing functional magnetic resonance imaging (fMRI). Half the men were then given a drink containing 27.5 grams of green tea extract (a 5:1 extract containing about 50% polyphenols) while the other half were given the same drink without green tea. The participants then took the memory test again after drinking the beverage.

The green tea group’s performance on the memory tasks improved more than those in the control group. The fMRI results showed increased connectivity between the parietal and the frontal lobes of the brain with the green tea extract, and these findings directly correlated with the improvements in the memory test.

How to get the benefits of green tea

Green tea’s benefits are likely due to its polyphenols, including EGCG, which have powerful health-promoting effects because of their particular flavonoid structures. While the recent study discussed here used a very large dose of a relatively weak green tea extract, there is evidence that smaller doses of polyphenols, such as the amount found in a few cups of home-brewed green tea, are still beneficial for brain function.

Green tea varieties offer flavors ranging from sweet, vegetal, and cream-like to toasty, nutty, and clean. Experiment with some different loose leaf green teas to find what tastes best to you. Don’t use boiling water; the ideal water temperature for green tea is 175 degrees F. Steep for  only two or three minutes. And skip the bottled green tea beverages, which have been shown to contain very little in the way of polyphenols and excessive amounts of sugar or artificial sweetener.[8]

Green tea extracts are also available in supplement form. To get the most out of a green tea supplement, choose a highly concentrated standardized extract (100:1 herbal extract) containing a minimum of 90% catechins and take as directed on the bottle.

What are you waiting for? Substitute some green tea for your other beverages today. And please share with our other readers exactly how you like to consume your green tea in our comments section below.