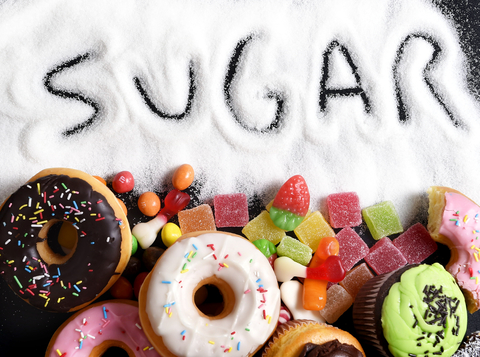 For years now, evidence has been mounting that cognitive decline is related to your brain’s ability to handle sugar.

We all dread the possibility of age-related memory problems and early signs of dementia that may eventually lead to Alzheimer’s disease. We may have more reason to fear age-linked memory problems if we eat a high carb diet, a new study out of the Mayo Clinic shows.[1]  A diet high in carbohydrates and sugar may raise the risk for mild cognitive impairment and the classic early signs of dementia according to the research published in the Journal of Alzheimer’s Disease.

Sugar and your brain

For years now, evidence has been mounting that cognitive decline is related to your brain’s ability to handle sugar. New nicknames for Alzheimer’s, like “type 3 diabetes” and “diabetes of the brain” are taking hold as the studies pile up linking dementia with diabetes-like processes occurring in the brain.

“Some people have described mild cognitive impairment as having diabetes in the brain because the sugar affects your brain in a way that is not good if you have too much of it, so with carbohydrate, we think that’s what could be happening,” Dr. Roberts said in a Mayo Clinic podcast.[2]

The investigators studied the diets of 1,230 people ages 70 to 89 and found that people 70 and older who eat food high in carbohydrates have nearly four times the risk of developing mild cognitive impairment. Participants with the highest sugar intake were one and a half times more likely to experience mild cognitive impairment than those with the lowest levels, they found.  “Sugar fuels the brain — so moderate intake is good,” said Dr. Roberts. “However, high levels of sugar may actually prevent the brain from using the sugar — similar to what we see with type 2 diabetes.”

It’s already known that people with diabetes are at least twice as likely to get Alzheimer’s, and even prediabetes leads to cognitive decline and brain atrophy.[3]  In fact, just having higher average blood sugar levels, even if you’re not yet prediabetic, was recently found to be associated with early signs of dementia in the elderly.[4] This latest study linking a high-carb, high sugar-diet to mild cognitive impairment adds to the evidence: at the root of Alzheimer’s is overconsumption of foods that disturb normal, healthy blood sugar and insulin function.

A balanced approach to eating

The take home message from this study, according to the researchers, is not to avoid all carbs or to eat a high protein, high fat diet. Instead, Dr. Roberts and the Mayo Clinic Researchers stress an “optimal balance” in the proportions of daily calories derived from carbohydrates, fat, and protein. This may help “maintain neuronal integrity and optimal cognitive function in the elderly,” the investigators write.

So what can you do to reach this optimal balance? The most efficient and effective way to optimize your carbohydrate, fat, and protein balance is to move away from sugars, sodas, and simple starches—breads, pastas, rice, potatoes—as well as the tendency to super size portions. These dietary habits mess up your glucose and insulin function. By minimizing sweets and processed grains, especially foods made with white flour, you can more easily transition to a whole foods diet balanced in healthy carbs, fats, and proteins. This diet helps you avoid early signs of dementia and type 3 diabetes by emphasizing leafy, green vegetables, organic and pastured animal products, and natural, un-processed fats.

Have you transitioned away from a high-carbohydrate diet? Tell us how you did it in the comments section below.