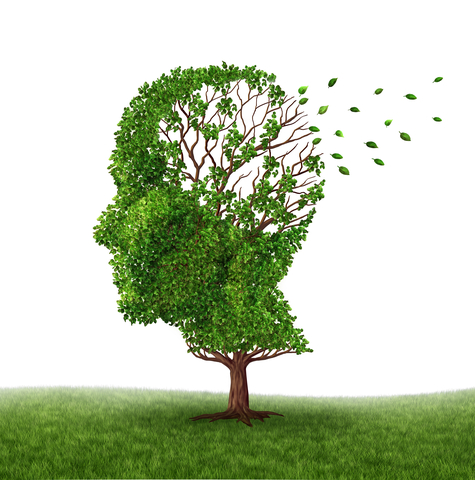 After you turn 65, you have a 17%-20% chance of developing dementia, the gradual loss of memory and thinking that affects older adults.

You already know exercise helps you lose weight and has cardiovascular and other benefits, but you may be more motivated to get moving with this recent news: a new study shows that by getting fit now, you’ll be preventing dementia later on in life. The study, published in the Annals of Internal Medicine, provides more evidence that lack of exercise is linked to memory loss down the road with its finding that better midlife fitness is linked to lower dementia risk.

After you turn 65, you have a 17%-20% chance of developing dementia, the gradual loss of memory and thinking that affects older adults. It’s known that people who are more physically fit seem to be less likely to develop dementia. However, until recently, the studies on exercise and dementia have been small and relatively short-term, making it difficult to say with certainty that there is an association between physical fitness earlier in life and preventing dementia later in life. Without more evidence, some doctors have remained reluctant to promote exercise for preventing dementia and improving brain health.

To overcome the previous studies’ shortcomings and get a clearer answer to the question about preventing dementia with exercise, researchers from the Cooper Institute, a preventive medicine clinic, and the University of Texas Southwestern Medical Center designed a study with three components – a large homogeneous patient population, an objective measure of fitness, and a long follow-up. Almost 20,000 individuals in midlife (average age, 49) underwent standardized fitness testing based on treadmill running. One of the study’s strengths was that cardiorespiratory fitness was objectively measured in a uniform way (on a treadmill) in all participants. Normally studies looking at physical activity rely on self-reported exercise which is notoriously inaccurate.

The participants were divided into five fitness categories from lowest fitness level to highest. They were then followed for an average of 25 years, beyond the time they reached age 65, to see who went on to develop dementia. Long follow-up time is essential because there is evidence that changes on the brain may begin up to 20 years before dementia starts to become evident. Overall, 1,659 participants were reported to have developed dementia. The researchers then compared the number of people who had dementia among the most and least fit to see whether higher fitness levels were associated with preventing dementia.

Study shows 36% reduction in dementia in patients with highest fitness

Results showed that the most fit study participants were much more successful at preventing dementia than those who were the least fit. Those participants with the highest fitness level at midlife had a 36% reduction in risk of developing dementia than those in the lowest fitness category. Although this was a study of fitness, rather than actual physical activity undertaken, the study’s lead author, Laura F. DeFina, MD, from The Cooper Institute, said the results were consistent with U.S. physical activity guidelines that recommend 150 minutes of moderate exercise or 75 minutes of vigorous activity per week for health benefits. In other words, the study results indicated this amount of exercise should work for preventing dementia.

How does exercise work for preventing dementia and memory loss?

Exercise improves the health of the blood vessels that supply oxygen to the brain, which may be one mechanism by which it plays a role in preventing dementia. According to the study researchers, animal studies also suggest that increased fitness and activity levels correlate with less brain atrophy and reduced loss of cognition. Regular activity has also been shown to correlate with beneficial changes in amyloid, the fibrous protein deposits that disrupt brain function.

This study provides the strongest evidence to date that by working toward becoming and staying physically fit when you’re younger, you’ll likely be preventing dementia later in life. Dementia is the second most feared disease after cancer, and you can lower your risk by keeping fit. Aim for 150 minutes of moderate or 75 minutes of vigorous activity per week. And keep in mind that it’s never too late to start. The study authors noted that although it is best to achieve fitness earlier in life and keep it up throughout life, benefits could still be seen in people starting later. So, to keep your memories alive for years to come, get up and move.