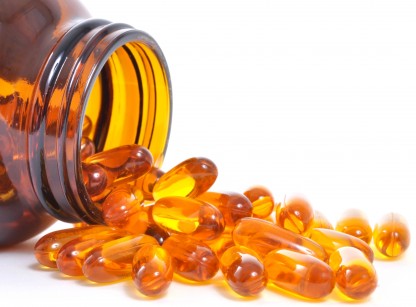 A DHA supplement can improve memory and reaction times.

Your brain is mostly fat, 60% of which is the omega-3 DHA (docosahexaenoic acid). It’s too bad most of us don’t eat enough DHA containing foods or realize that taking a DHA supplement can boost our brain’s ability to function at its best. That is exactly what a recent study showed: healthy, young adults who took an omega 3 DHA supplement saw significant improvements in memory and reaction times, according to findings published in the American Journal of Clinical Nutrition.[1]

DHA is one of the two most important omega 3 fats and is absolutely critical for proper brain function. Our brains need DHA and its companion omega 3 fat, EPA (eicosapentaenoic acid), to work. Today’s only real food sources of these fats are wild fish and game, seaweed, algae, and eggs laid by chickens fed only flaxseeds and fish meal. Low levels of these fats have been linked to everything from learning disabilities, to mental illness, and to dementia.

Many studies have looked at whether a DHA supplement improves these different brain conditions. In the recent study, researchers from Universities in New Zealand and the United Kingdom teamed up to investigate whether a DHA supplement improves cognitive performance in healthy young adults. They recruited 176 healthy adults between the ages of 18 and 45 to participate in their randomized, placebo- controlled, double-blind study.

The subjects were randomly assigned to take either take DHA supplements (a total of 1.16 grams per day of DHA) or placebo for 6 months. They were administered a variety of different cognitive tests to assess their cognitive performance in terms of episodic memory (memory of events that took place back in time), working memory (short-term memory), reaction times of episodic and working memory, attention, and processing speed.

How to Get Enough DHA to Improve Your Memory

The researchers noted that like most people, all the participants had habitual diets that were low in DHA to start with. It is not clear whether the same cognitive benefits would be observed in those whose diets were already high in DHA. For now, we know that about 1 gram per day of DHA in supplement form is beneficial for those who don’t eat a lot of fish, wild game, and seaweed in their diets. Look at the label on your brand of fish oil to determine how many capsules are needed to achieve this 1 gram (1000 mg) amount of DHA you’ll need to get the benefits.