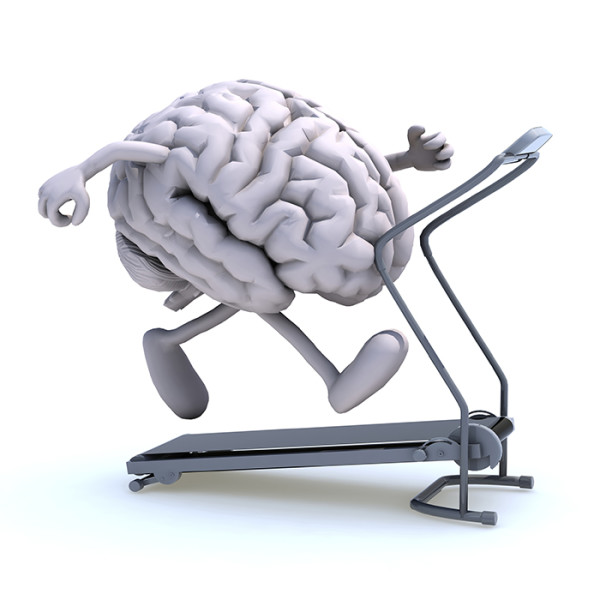 Yoga and meditation also have a similar effect on adults battling mental decline, according to a study funded by the Alzheimer's Research and Prevention Foundation.

As the incidence and prevalence of Alzheimer’s disease (AD) and other forms of dementia continue to rise, researchers, consumers, and businesses alike have begun to focus on strategies to slow or prevent deterioration in memory and thinking skills, including memory games for adults. The thought process behind this trend is sometimes called the “use-it-or-lose-it” theory. In other words, if we don’t keep our minds nimble and our brain’s nerve cell connections active, we might increase our risk of losing our mental acuity.

The result of this trend has been an explosion in the market of products that can be referred to by a variety of different names: memory games, memory improvement games, brain games, memory games for adults, or memory games for seniors. The tremendous number of products purporting to be memory games, the considerable expense associated with some of these options, and the recent government crackdown on some companies selling them has left a lot of people confused about what they should be doing to try to reduce their risk of memory loss and other dementia symptoms.

What does the scientific evidence show?

Scientists have long thought that a living a life rich in mental stimuli promotes neuroplasticity or the brain’s ability to remodel its neural connections, which in turn can enhance mental performance. Animal studies provided early evidence that supported this idea, but it wasn’t until last the past couple of decades that human studies evaluating this hypothesis were performed and the results have demonstrated a similar effect.

A 2015 British study of 7,000 adults over the age of 50 looked at the effects stemming from participation in a computerized brain training program that addressed reasoning and problem-solving skills. Patients who used the computerized program were encouraged to play the games for 10 minutes at a time, as often as they wished. The control group did not utilize the computerized program and all study participants were evaluated with cognitive assessments prior to the study and again at six weeks, three months, and six months. Participants who were over 60 were also evaluated with tests that assessed their ability to perform daily functions such as navigating public transportation and doing their daily shopping.

The IMPACT trial, published in 2009, also employed the use of a computerized brain training program, although the program was designed to attempt to improve brain function by stimulating the auditory system. The researcher’s theory was that as we age, our brains have a harder time processing information from the senses, which leads to decline in memory function.

The program evaluated adults between the ages of 67 and 93, with the investigational group spending eight weeks using the computerized program and the control group spending the eight weeks undergoing a more conventional program utilizing educational videos on art and history. While the group that participated in the computerized program had greater improvement in their cognitive assessment scores than the control group, particularly in the area of auditory processing, the differences in scores narrowed significantly when it came to scores assessing overall cognition, memory, and self-reported positive changes in daily functions (remembering shopping lists, for example, or the ability to focus on conversation in noisy settings).

One of the earliest large-scale human studies was the ACTIVE study, published in 2006, which evaluated 2,832 cognitively normal adults whose average age was 73.6 years. The study divided participants into two groups.

One group, over five to six weeks, participated in ten 60- to 75-minute sessions of non-computerized training modules targeted toward memory, reasoning, or processing skills. These participants then attended so-called “boosters” of four additional sessions 11 and 35 months later. The control group of participants did not undergo any sessions of any kind.

All study participants underwent performance-based and self-reported assessments of daily function activities (paying bills, meal preparation, or identifying information in medication labels, for example) and cognitive ability prior to the study onset and again one, two, three, and five years later. Their results demonstrated that those individuals who participated in the cognitive training exercises had improvement in the specific cognitive abilities in which they were trained compared to the control group. Perhaps most significantly, the results showed that improvements continued five years after the intervention was initiated. In other words, short-term cognitive exercises followed by “booster” exercises could result in longer-lasting cognitive function benefits, the findings show.

A 2002 study published in the Journal of the American Medical Association of 700 adults over the age of 65 looked at the effect of participating in common activities had on memory, language, attention, and spatial ability and the risk of developing Alzheimer’s disease. The activities: television viewing; radio listening; newspaper, magazine, and book reading; card game, chess, checkers, crossword, or puzzle playing; and museum visiting). They demonstrated that frequent participation in these activities was associated with decreased rates of decline in memory and perceptual speed and a reduced risk of developing AD.

So, should you spend your money on one or more of the many digital or print memory games for seniors that are available to consumers? The evidence suggests that it can’t hurt and might actually help, but simply engaging in mentally stimulating activities such as reading, doing a crossword puzzle, or playing a good game of chess could be an effective and cheaper alternative to keep your mind sharp.