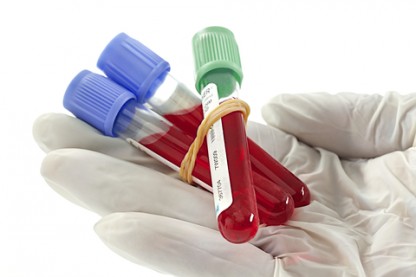 A  study in the Journal of Affective Disorders in 2013 confirmed that high homocysteine levels in the blood, as indicated by a simple homocysteine test, are associated with poor memory and impaired cognitive function in older adults.

Noting that previous studies have associated high homocysteine levels and depression with cognitive impairment, researchers from the Western Australian Centre for Health & Aging at the University of Western Australia conducted the study in 236 depressed and 122 non-depressed community-dwelling older adults. They tested the fasting homocysteine levels in all the participants using a standard blood homocysteine test. They also assessed the subjects to see if they met the criteria for major depression and performed a battery of neuro-psychological tests for memory and cognitive function.

Homocysteine is an amino acid that can have harmful effects in the body if not properly converted to methionine with the help of three important B vitamins—folate, vitamin B12, and vitamin B6. High homocysteine can be a sign of these B vitamin deficiencies, especially vitamin B12 and folate, since these vitamins are needed to break it down.

Specifically, these B vitamins are needed for the conversion of homocysteine to methionine in the synthesis of S-adenosyl-methionine, an important donor of “methyl groups” in many of the body’s biochemical reactions. Elevated homocysteine is well known to inflict damage to the inner arterial lining (endothelium) as well as other cells of the body.

Recent studies have associated high homocysteine levels not just with impaired memory and cognitive function, but with many chronic diseases including cardiovascular disease, dementia, osteoporosis, macular degeneration, and signs of depression in men.

What’s your homocysteine level and what should you do if it’s elevated?

Have you had a homocysteine test and do you know what your current homocysteine level is? Your healthcare provider can easily order this simple blood test. Many people have small genetic variants that cause elevated homocysteine levels unless higher amounts of B vitamins are consumed.

If you have high homocysteine levels, your provider may order the genetic test to determine if you are genetically susceptible to high homocysteine. If you are, it’s even more important that you supplement with B vitamins. Is easy, inexpensive, and it could save your life! For more information on this topic, see the following articles: