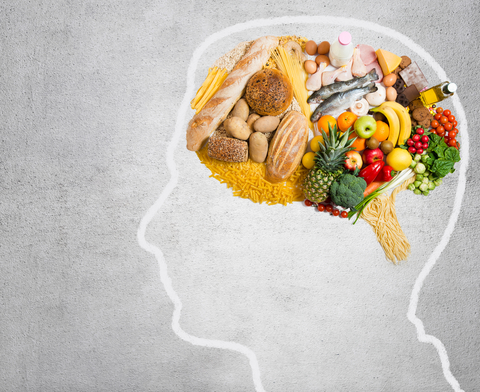 Dr. Perlmutter proposes that our high-gluten/high-carb diets can cause just about any brain disorder but are especially destructive when it comes to Alzheimer's disease and other forms of dementia.

Why on earth would you give up the “staff of life”? To prevent and treat brain-related diseases—everything from chronic headaches to depression to Alzheimer’s, asserts Dr. Perlmutter in his controversial book, Grain Brain.

Dr. Perlmutter proposes that our high-gluten/high-carb diets can cause just about any brain disorder but are especially destructive when it comes to Alzheimer’s disease and other forms of dementia. He wants his readers to understand what the medical literature clearly suggests but is largely ignored—that Alzheimer’s is largely preventable with diet and lifestyle changes centered on carbohydrate restriction. It’s not just the simple, refined, processed carbs like white bread and sugar that have to go, he argues, but even the healthy ones like whole grains and most fruit.

Carb-heavy, grain-loaded diets elevate blood sugar levels and cause insulin resistance, the condition in which cells fail to respond to the normal actions of the hormone insulin, leading to more and more insulin production. High blood sugar and insulin levels cause chronic inflammation which in turn leads to excessive free radical production and oxidation. This oxidative stress then fuels what is known as mitochondrial dysfunction within nerve cells, leading to their degeneration and destruction. In the end, both high blood sugar and insulin resistance are significantly correlated with brain shrinkage and increased risk of cognitive impairment and Alzheimer’s disease. This link between blood sugar metabolism and Alzheimer’s disease has already prompted a number of medical researchers to label Alzheimer’s as “type 3 diabetes.”

Why is gluten bad for you?

Besides the type 3 diabetes nissue, there is an additional way in which our current high-carb diet causes inflammation and brain cell destruction, according to Dr. Permutter: gluten. His gluten argument is similar to that of the Paleo diet advocates; he contends that today’s wheat varieties contain unprecedented amounts of gluten—a group of addictive proteins to which we are neither genetically nor physiologically adapted.

Dr. Perlmutter controversially claims that gluten sensitivity affects about a third of us (other researchers have calculated the number to be 6%, while full-blown celiac disease is estimated to afflict another 1% of the population). The answer to the question, “Is gluten bad for you?” may depend on whether you’re sensitive to it or not. Researchers have now clearly demonstrated how both celiac disease and gluten sensitivity can cause immune dysregulation and inflammation that can attack numerous body systems including the brain and nervous system and can manifest as any number of conditions, including dementia and other disorders of the brain and nervous system, without “typical” digestive symptoms.

Is a grain-free diet for you?

The good news is that we know what causes high blood sugar, insulin resistance, and chronic inflammation; and we know how to prevent and treat these conditions with dietary and lifestyle therapies. By eliminating gluten, drastically decreasing total carb consumption, and increasing healthy fats like those found in fish, avocado, coconut, and nuts, Dr. Perlmutter argues that brain diseases are largely preventable. To keep your most precious organ—your brain—in tip-top shape, make vegetables, high-quality proteins and healthy fats the foundation of your diet.

Not surprisingly, Dr. Perlmutter has his fair share of critics. Some point out that vegan, vegetarian, and plant-based diets like the traditional Mediterranean diet are all typically high-carb, yet have been found in numerous studies to be associated with lower rates of cancer, heart disease, and many other chronic diseases, including dementia. Meat-centric diets, on the other hand, are often correlated with increased risk of chronic disease. Critics have also questioned the potentially negative impact of saturated fat and cholesterol on cardiovascular health. Others doubt the sustainability and affordability of grass-fed, free-range, and/or wild animal products.

What’s your experience with Grain Brain?

Have you read Grain Brain? Are you willing to go low-carb or follow a grain-free diet for the sake of your brain? What do you think about this intriguing concept presented by Dr. Perlmutter? Let us know what you think in the comments section below.

This post originally appear in 2013 and has been updated.