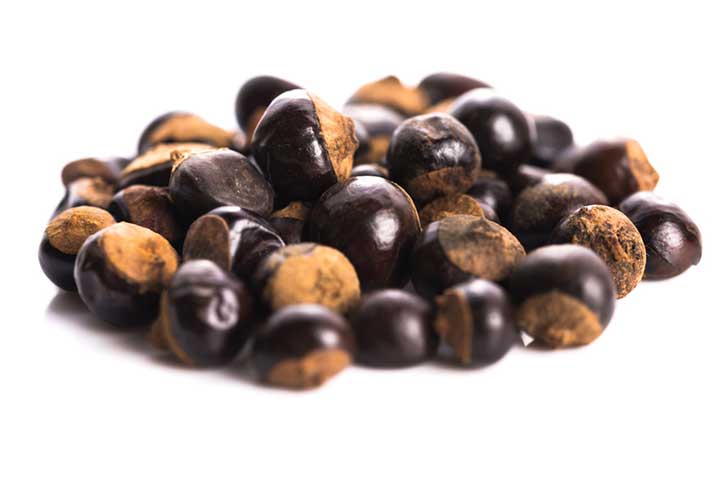 Mental fatigue can contribute greatly to frustration, irritability, and bad mood. Research further shows that even small doses of guaraná can improve mood.

Guaraná is a flowering vine that grows in Brazil along the Amazon River. In the 1600s, Native Amazonian tribes were the first to use guaraná seeds as a brain stimulant in foods, beverages, ointments, and medicines.[1] Researchers now understand that guaraná seed extract contains more caffeine than any other plant in the world, but its brain enhancing effect is due to its caffeine being bound to tannins and vegetable proteins.[1,2,3] This makes it more difficult to digest and causes it to be absorbed into the body more slowly than other sources of caffeine.[1,3,4] As a result, improvements in memory, attention, and focus last longer and are more noticeable.

Short-term memory is a form of working memory where multiple pieces of information are manipulated simultaneously. Simple math skills such as addition and subtraction are examples of working memory.[8] The following include some signs that working memory may be deficient:

Fortunately, studies indicate that guaraná seed extract improves memory of this kind. In one study, subjects who took 75 mg of guaraná extract showed improved scores on working memory tests for up to 6 hours after taking the supplement.[2] The extract also allowed subjects to focus their attention and remember short-term information more quickly. There are only 9 mg of caffeine in a 75-mg guaraná extract, so the development of any caffeine-related side effects at this dose is unlikely.

Fatigue is common during prolonged mental exertion because the brain uses 20% of the entire body’s chemical energy.[5] The following symptoms are common in people who experience mental fatigue:

A 2008 study demonstrated that a supplement of vitamins, minerals, and guaraná can help to improve these symptoms for up to 60 minutes after ingestion.[10] Subjects increased  speed and accuracy during cognition tests, and felt less mentally exerted once the tests were completed. Guaraná would be an excellent supplement to take prior to a test, during long periods of driving, or during any other activity that requires sustained periods of mental focus.

Mental fatigue can contribute greatly to frustration, irritability, and bad mood.[13] Research further shows that even small doses of guaraná can improve mood.[11] Once again, subjects were given a 75-mg dose of guaraná extract before taking tests of cognition and mood. The subjects taking guaraná were more alert and were in a more consistent, content mood. Even MRI scans show increased traffic of neurotransmitters in the areas of the brain responsible for memory and attention processing.[12] Guaraná may therefore be a good choice during stressful or tiring situations.

The benefits found in studies were achieved with 75 mg of a pure guaraná extract. Avoid energy drinks, colas, and soft drinks that contain guaraná. These drinks contain large amount of refined sugar and other unhealthy additives, and they most likely do not contain purified guaraná extracts.

Fortunately, the pure extract can be found for under ten dollars at most natural health stores or on the internet.

Follow all directions that appear on the supplement label or the directions of a physician. Other than its high caffeine content, guaraná does not contain any chemicals that may be toxic if taken in excess. Guaraná is not recommended for anyone who does not tolerate caffeine.
—Jeff Riddle

This post originally appeared in 2015 and is regularly updated.