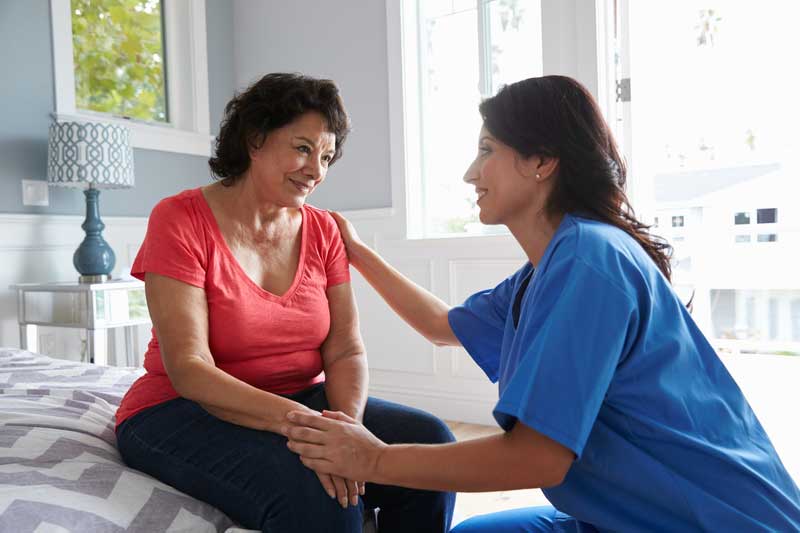 When a woman who is already hormonally-imbalanced enters perimenopause (the transitional stage between menstruation and menopause), her risk for neurodegeneration, memory loss, dementia symptoms, and the development of Alzheimer’s rises.

When it comes to preventing dementia symptoms and Alzheimer’s, women may have to be more conscientious than men. Why? Being female significantly increases your risk of developing Alzheimer’s later in life. Of the 5.4 million Americans living with Alzheimer’s disease, 3.4 million are women.

Although some researchers suggest the trend is a result of women living longer, newer studies show hormones play a strong role in brain health and the risk of dementia symptoms and Alzheimer’s. A woman’s complex and multi-faceted hormone profile leaves more room for error, especially when it comes to estrogen, the hormone the female brain desperately needs to function properly.

Hormonal imbalances are ubiquitous in the United States. Many women suffer from hormonal imbalances well before middle-age, as evidenced by the rise in premenstrual syndrome, polycystic ovarian syndrome (PCOS), and infertility. When a woman who is already hormonally-imbalanced enters perimenopause (the transitional stage between menstruation and menopause), her risk for neurodegeneration, memory loss, dementia symptoms, and the development of Alzheimer’s rises.

Perimenopause typically begins when a woman is in her 40s, when ovarian function declines and hormone levels fluctuate. Ideally, stress-handling glands – the adrenals – take over the production of hormones; however, many women today enter perimenopause with compromised adrenal function thanks to a lifetime of chronic stress. This produces irregular cycles, hot flashes, night sweats, insomnia, and other symptoms that can last as long as 10 years. During perimenopause, estrogen levels can both fluctuate and decline, taking their toll on brain health.

As Datis Kharrazian, DHSc, DC, MNeuroSci explains in his soon-to-be-published book “Why Isn’t My Brain Working?”, appropriate levels of estrogen not only facilitate healthy brain function in a woman, but also protect against inflammation in the brain. Although it isn’t painful, brain inflammation can cause symptoms of brain fog, memory loss, feeling “spaced out,” fatigue, and irritability. This is because the inflammation is disrupting communication between brain cells and causing degeneration of brain tissue.

Estrogen also preserves cognition and spatial memory, such as where you left your car parked. As estrogen declines, women may also find their fine motor skills deteriorate, and activities such as embroidery become more difficult. Sufficient estrogen also helps neurons grow new dendritic spines, which helps neurons communicate with other neurons. And, estrogen ensures appropriate levels of glutathione, our master antioxidant, and skews the balance of fatty acids to be pro-inflammatory, even if one eats a very healthy diet.

Because the adrenal glands compensate for the ovaries in perimenopause and menopause, adrenal support should always be a top priority. Adrenal support is a multi-faceted approach that includes removing food intolerances, balancing blood sugar with a lower-carb, whole foods diet, and resolving chronic infections and inflammatory conditions. However, because so many women enter this stage of their life with compromised adrenal function, bio-identical hormone therapy under the guidance of a qualified and licensed health care practitioner can help preserve brain health. In fact, studies show an inverse relationship between estrogen replacement therapy and the incidence of Alzheimer’s disease.

The take home message in all of this is that peri- or post-menopausal women must consider their hormone levels in order to put themselves in the best position to prevent dementia symptoms or Alzheimer’s later in life. Plus, the correction of hormone imbalances will likely make you feel so much better today! How do you know if your hormone levels are out of balance? You can certainly compare your symptoms with the ones described here. But for many women, hormone lab testing as well as adrenal lab testing is an easy and safe way to know for sure. It is best if you can find an integrative physician skilled in hormone and adrenal testing although “direct to consumer” lab testing is available if you want to do it yourself. And, remember that the bio-identical hormone replacement therapy your integrative physician will use is not the same as the synthetic hormone therapy that was proven dangerous in the famous Women’s Health Initiative. Research published in 2009 has concluded that “bio-identical hormones are associated with lower risks, including the risk of breast cancer and cardiovascular disease, and are more efficacious than their synthetic and animal-derived counterparts. Until evidence is found to the contrary, bio-identical hormones remain the preferred method of HRT.”[1] If you’re considering bio-identical hormone therapy and would like to learn more, click here.

This article was originally published in 2012. It has since been updated.