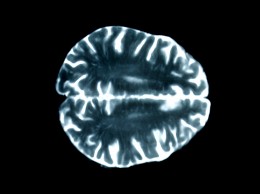 What if you discovered you or your loved ones were being exposed to a dangerous toxin that could affect the health of your brain?  This may sound like the plot of a Sci-Fi movie, but according to research, exposure to environmental toxins in our high-tech age is becoming more and more common.  And, repeated exposure to these contaminants can increase your susceptibility for developing mild cognitive impairment (pre-dementia), dementia, and even Alzheimer’s disease.

How to Lower Your Risk of Dementia and Alzheimer’s

To “clean up” your brain, employ these important strategies:

It is important to note that in today’s world, being totally toxin-free is nearly impossible. Unfortunately, toxins have infiltrated every aspect of our environment and we are all contaminated to some degree. Therefore, to further reduce your risk of developing mild cognitive impairment, dementia and Alzheimer’s, it’s important to follow other proven strategies such as exercising regularly, avoiding processed “junk” foods, reducing consumption of sugar laden and  starchy foods, and minimizing chronic stress.

When most people think of detoxes, they think of herbs to boost the liver. However the liver cannot process most environmental toxins today, so a liver detox is not really the answer. Instead, by minimizing stress and following other prevention strategies, you can avoid depleting glutathione levels- your body’s master oxidant.

Keeping your levels of glutathione sufficient is key for protection from toxins. Foods that boost glutathione include asparagus, broccoli, avocado, spinach, raw eggs (best to use organic pastured eggs from a clean farm), garlic and fresh unprocessed meats. Glutathione cannot be utilized as an oral supplement. Instead, people take precursors that can boost glutathione, such as n-acetyl-cysteine, milk thistle, alpha lipoic acid, or undenatured whey protein. Glutathione can also be absorbed through an IV at the office of a naturopath or integrative doctor, from transdermal creams, a  nebulizer, or a suppository.