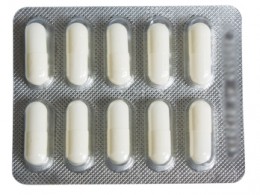 Citicoline is proving to be a safe and reliably effective natural supplement for memory and boosting brain power. This natural compound was found to be effective for improving memory and staving off the worsening of the condition officially known as “mild cognitive impairment,” dementia’s precursor.[2] Not only that, citicoline was shown in another study to improve attention and other aspects of brain function in healthy women whose memories are not impaired.[3]

What is citicoline and how does this supplement for memory work?

Citicoline is also called CDP-choline. Its full name is cytidine 5′-diphosphocholine. This natural compound is found in the brain and liver and is needed by the body to make phosphatidylcholine, one of the important components of cell membranes. Phosphatidylcholine is degraded when brain cells are deprived of blood flow and oxygen. Citicoline is sold as a supplement for memory enhancement in the U.S. but as a drug in Europe, where it is frequently prescribed for cognitive impairment.[1]

The latest citicoline study to be published suggests it may be a safe and effective supplement for memory loss associated with mild cognitive impairment caused by diseased blood vessels in the brain.[2] This type of cognitive impairment, called vascular cognitive impairment, is common and typically occurs as a result of hypertension, obesity, high cholesterol, diabetes, stroke, and transient ischemic attacks (TIA’s or “silent strokes”).

The study investigated 349 Italian patients over the age of 64 who had memory complaints and evidence of damaged blood vessels in the brain but who did not have probable Alzheimer’s disease. It was one of the few studies on citicoline which lasted more than six months and which utilized brain imaging studies. This is important because, according to the study’s authors, newer research indicates the beneficial effects of citicoline as a supplement for memory might build with prolonged use. Subjects received 500 mg of citicoline twice daily or no treatment for 9 months.

At 3 and 9 months after treatment started, the patients were given a series of standardized tests to measure cognitive function, memory, ability to function, and mood. Results showed that the participants who received citicoline had significantly better memory scores up to 9 months after treatment compared to those who did not receive the treatment. Those who didn’t get the citicoline, on the other hand, showed a significant decline in cognitive function.

Citicoline might enhance mood in addition to cognitive function

The citicoline also had a positive effect on mood, which the researchers speculated was probably due to the fact that citicoline is able to increase levels of mood-related brain chemicals like noradrenaline and dopamine.

Another recent study looked at the effects of lower doses of citicoline when used as a daily supplement for memory and cognition in healthy postmenopausal women.[3] This new research suggests low-dose citicoline (250-500 mg per day) may have a role in mitigating the cognitive decline associated with normal aging. Dr. Erin McGlade and colleagues at the Brain Institute at the University of Utah studied 60 healthy women age 40 to 60 years, none of whom had any kind of cognitive deficits beyond the average cognitive decline associated with aging.

The women were divided into 3 groups and randomly assigned to receive 250 or 500 mg citicoline or placebo for 28 days. At the end of the study period they were given a standardized test that measures attention. The test results indicate such problems as inattentiveness, impulsivity, activation/arousal problems, or difficulty maintaining vigilance. It also assesses executive functions such as time perception, internal ordering, working memory and motor control. Participants who received either the low- or high-dose citicoline showed improved attention and made significantly fewer errors on the test compared with the placebo group. The authors concluded that this is the first study to show that citicoline at low doses enhances cognitive functions in healthy women.

How to take citicoline as a supplement for memory

The gradual decline in brain power than occurs with aging or as a result of blood vessel disease is not inevitable. Natural compounds like citicoline are proving to be safe and well-tolerated in boosting cognitive function and staving off dementia. If you want to try citicoline and you’re currently healthy, a dose of 250 mg per day may be all that’s needed. If you’re already memory impaired, a dose of 500 mg twice daily is recommended, along with a comprehensive program that incorporates not just a dietary supplement for memory but other nutritional, dietary, and natural lifestyle treatments. For additional information on how to treat cognitive decline and memory issues with natural medicine, see our articles on the topic here.

This blog originally appeared in 2013 and has been updated.