Home » Daily » Memory » Brain Fog: What It Can Tell Us About Our Health 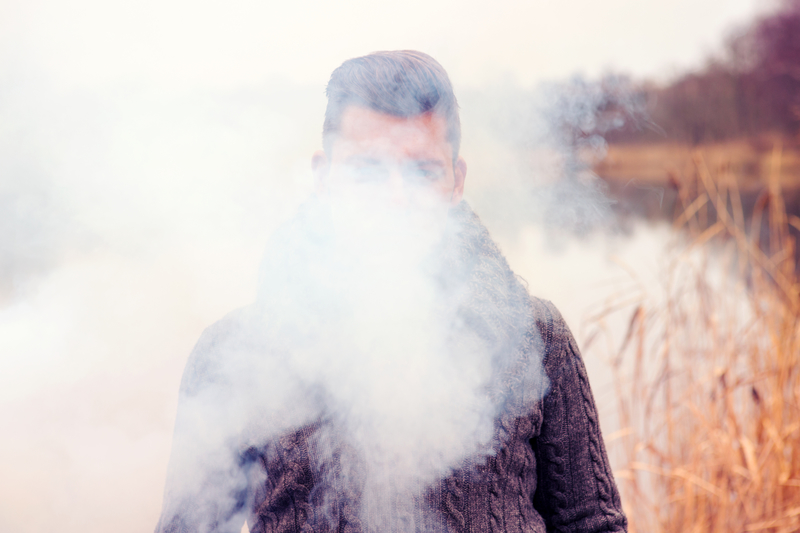 Brain fog isn't technically a medical condition, but most of us can relate to its effects.

Ahh, brain fog. Why do you toy with me so? The other day I looked everywhere for my car keys. I was rushing so I could drop off my kids at school (finally!) when I realized they were missing (the keys, not the kids). I searched frantically: the kitchen, the bathroom, the garbage (eww). Then I found them—in my pocket.

The week before, I searched desperately for a certain word that was on the tip of my tongue. I could see the first letter in my mind, but for the life of me I couldn’t come up with the rest. A long two minutes later, it came to me: garbage disposal (hey brain, that was two words).

Turns out I’m not even close to being alone in my brain fog haze. Because this isn’t a medically diagnosable condition, we have no way of knowing exactly how many people suffer from brain fog, but we’re pretty sure many of us have experienced it.

So what is brain fog? Columbia University professor Mady Hornig explains: “Episodes of ‘brain fog’ are transient periods where people have problems with cognitive processes such as concentrating, laying down or retrieving memories, or [have] feelings of confusion or disorientation. They may experience their thinking as being slowed, or have problems with multi-tasking.” Hornig is Director of Translational Research at the Center for Infection and Immunity and Associate Professor of Epidemiology, Columbia University Mailman School of Public Health.

“Sometimes,” Hornig adds, “this cognitive cloudiness indicates a different sort of issue, one that may cause greater interference with one’s ability to function, and that may require professional attention.”

Brain fog is described differently by everyone who experiences it. Most agree that having this condition makes you feel “heavy,” like there’s a thought (or action) you’d like to have (or do) but aren’t able to. You may feel as if you’re walking around in a haze, confused and having trouble concentrating. No matter how hard you try, the answer you’re searching for seems to move farther and farther away.

If you can’t locate the cause of your fog (for example, lack of sleep, or stress overload), and if the symptoms are getting in the way of normal, everyday functioning at work, home, and/or socially, then an underlying medical condition could be to blame.

Unfortunately, there’s a great lack of scientific data on brain fog, leaving us in the dark as to what happens physiologically when those brain clouds roll in. More research is needed to figure out the who, what, when, where and why, however. Until then, here’s what we know.

In a study by researchers from UCLA and the Gallop Organization, 20 percent of those polled had complaints about their memories. The single strongest risk factor for these memory issues? Depression. Following close behind were low education levels, sedentary lifestyle, high blood pressure, diabetes, obesity, and smoking.

Other potential causes of brain fog include medication, high sugar consumption, lack of sleep, lack of sunlight, dehydration, stress, multiple sclerosis, and poor diet. Having more than one risk factor increased the frequency of memory complaints, said the researchers, which can be a precursor to more serious illnesses, including Alzheimer’s disease or dementia.


Is Brain Fog a Symptom of a Condition?

As mentioned earlier, brain fog can be caused by a variety of factors. It’s been linked, for instance, to illnesses such as celiac disease, hypothyroidism, autoimmune diseases, postural orthostatic hypotension (POTS), chronic fatigue syndrome, and myalgic encephalomyelitis. Brain fog can also occur as a side effect of certain types of chemotherapy (also known as chemo brain) or in reaction to certain medications, foods, or nutritional deficiencies.

“Aspects of brain fog also overlap with a condition thought to be a precursor of Alzheimer’s disease or other types of dementia, known as mild cognitive impairment (MCI),” Hornig says.

Here are a few prominent conditions that include brain fog as a major symptom.

For related reading and advice, please visit these posts:

How Long Does Brain Fog Last?

As mentioned earlier, brain fog is not a short-term condition. Those who suffer from this disorder experience symptoms for anywhere between several days to several weeks or even months. If memory, attention, or focus issues extend beyond this time, the person may likely be suffering from a more serious ailment, including Alzheimer’s or dementia. It’s time to see a doctor for help.

How to Treat Brain Fog

If your brain fog isn’t tied to a medical disorder, you may be able to reduce symptoms by cutting out (or reducing) triggers such as sleep deprivation and stress, says Hornig. “When brain fog occurs in the context of a medical disorder, or if the problem is severe and persists without identifiable triggers, it is time to consult with one’s physician,” Hornig advises.

WHAT’S THE DIFFERENCE BETWEEN BRAIN FOG AND DEMENTIA?
The biggest difference between brain fog and dementia is how long it sticks around—oh, and that whole cognitive decline thing. Brain fog lasts no longer than a few weeks or months at the most, while symptoms of dementia don’t tend to let up.

“In dementing illnesses, the severity and persistence of cognitive deficits typically differ from those of brain fog by orders of magnitude,” says Mady Hornig of Columbia University Medical Center’s Center for Infection and Immunity.

A study of fibromyalgia patients with brain fog (a.k.a. fibrofog) discovered that despite having memory issues for more than 12 years longer than participants with Alzheimer’s, they showed no evidence of cognitive decline. Another difference, say researchers, is that patients with fibrofog can remember certain personal experiences when in a quiet, undistracted environment while Alzheimer’s patients cannot.

How Does Caffeine Affect The Brain and the Brain’s Grey Matter?