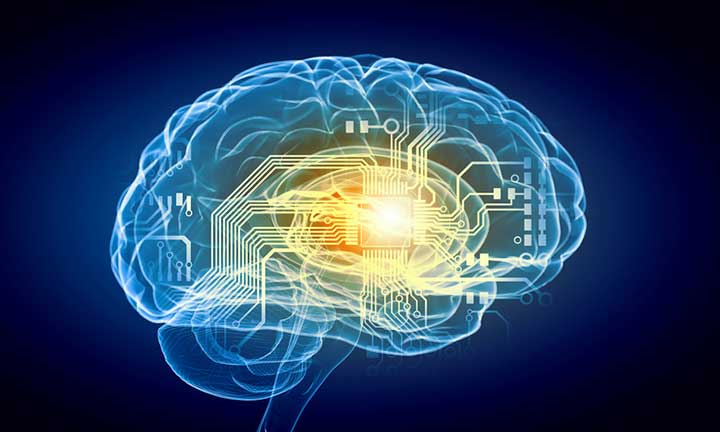 It is now well-established that aluminum directly causes Alzheimer’s-like memory impairment, behavioral problems, and learning deficits in animals, even in very low doses.

Aluminum is a neurotoxin, that is, a poison to the brain and nervous system. Some experts have long speculated that this metal plays a role in Alzheimer’s disease, and evidence is steadily mounting that it indeed does. Fortunately, there’s also evidence that suggests that a number of natural plant extracts and nutrients can prevent and/or reduce aluminum toxicity in the brain and prevent the progression of memory loss and other cognitive deficits.

A team of neuroscientists led by Dr. Walter Lukiw, PhD, Professor of Neurology, Neuroscience and Ophthalmology at Louisiana State University, has been studying the potential contribution of aluminum to the onset, development and progression of Alzheimer’s disease for about 30 years. Dr. Lukiw and his fellow researchers recently summarized the research linking aluminum and Alzheimer’s disease in a peer-reviewed article published in Frontiers in Aging Neuroscience.[1]

“Aluminum’s contribution to Alzheimer’s disease is based upon at least seven independently derived observations,” the researchers stated.[2]  Briefly, those seven pieces of evidence are:

There is no ethically acceptable way to directly test whether aluminum causes Alzheimer’s disease in humans. Because it’s not ethical to dose humans with aluminum, researchers must rely on other scientific methods of investigation to determine aluminum’s role in this devastating disease. One way to do this is through animal studies.

It is now well-established that aluminum directly causes Alzheimer’s-like memory impairment, behavioral problems, and learning deficits in animals, even in very low doses.[2-5] For instance, rats that consume aluminum in amounts equivalent to those ingested by Americans from their food and water develop severe Alzheimer’s-type cognitive deterioration in old age.[5]

Different teams of researchers from all over the world have recently published papers outlining the convincing evidence from both human and animal studies and warning of the dangers of aluminum as a cause of Alzheimer’s disease.[10, 12-15]

It is enlightening to learn what some of these experts have to say about aluminum and Alzheimer’s disease in their own words.

Another of the world’s preeminent researchers studying aluminum’s negative health effects is Dr. Christopher Exley, PhD, of Keele University in the United Kingdom. Dr. Exley and his team have found that aluminum appears to accumulate in the brain with age.[15] Their most recent research demonstrates that many people over the age of 70 have a potentially pathological amount of aluminum accumulated in their brains.[15]

Dr. Exley and his colleagues were recently the first to demonstrate significantly elevated brain aluminum levels in an individual diagnosed with early-onset Alzheimer’s disease following occupational exposure to aluminum.[17] Occupational exposure to aluminum is directly associated with impaired cognitive function; the more aluminum to which people are exposed, the poorer they perform on tests for memory and other cognitive functions.

The case presented by Dr. Exley involved a previously healthy man who was diagnosed with Alzheimer’s disease at age 58, after more than eight years of regular exposure to aluminum sulfate dust. At first, the man complained of headaches, tiredness, and mouth ulcers. He then started to show memory problems and began suffering from depression before he was finally diagnosed with Alzheimer’s disease.

After his death in 2011, his brain’s cerebral cortex was found to have abundant beta-amyloid plaques and neurofibrillary tangles, consistent with advanced Alzheimer’s disease. At the request of his family and the local coroner, samples of the man’s brain tissue were sent to Dr. Exley for analysis of aluminum. According to Dr. Exley, it is extremely rare to be given as much brain tissue as was provided for analysis, and the opportunity enabled the most thorough analysis of a brain region’s aluminum content ever undertaken.

The data confirmed the accumulation of aluminum in the man’s brain tissue. In some samples from the frontal lobe, the aluminum levels were excessive and high enough to cause disease. While Dr. Exley’s data cannot prove that aluminum caused the man’s aggressive Alzheimer’s disease, he states that it is highly likely given the known neurotoxicity of aluminum.[17]

How to Reduce Your Risk of Aluminum-Induced Alzheimer’s Disease

With the growing evidence linking aluminum and Alzheimer’s disease, we all need to personally take steps now to reduce our exposure to this ubiquitous metal. Part 1 of this series, Does Antiperspirant Cause Cancer? Here’s Why You Should Be Concerned About Aluminum Toxicity, provided information on common sources of aluminum exposure, along with ideas on how to avoid it.

But what about the aluminum that is already lodged in our bodies? Fortunately, researchers have discovered that a number of natural compounds can reduce the body’s burden of aluminum and prevent or treat its toxic effects. In 8 Ways to Protect Yourself from Aluminum Poisoning, I will examine the many ways we can safely and naturally deal with aluminum toxicity.

Are you concerned with aluminum toxicity? What steps have you taken to reduce your exposure to aluminum? Share your thoughts in the comments section below.