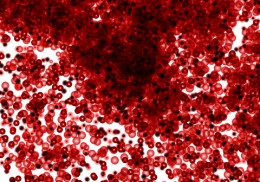 Could your body be under a “silent” attack, that is, setting you up for Mild Cognitive Impairment or Alzheimer’s later on down the road?  It certainly could and you may be surprised to learn that this attacker is one of our favorite minerals – iron!  Although sufficient iron is vital to every process of the human body, too much iron has been linked with Mild Cognitive Impairment and Alzheimer’s disease. It is commonly known that lack of iron is associated with anemia and symptoms of fatigue, malaise, poor health, and weakened immunity. But what is not commonly known is that you can have excessive iron levels and often this iron overload will produce no discernible adverse symptoms.

Elevated iron is extremely toxic to the body, creating high levels of inflammatory and damaging free radicals. It’s believed iron is very reactive in the beta amyloid plaques found in the brains of Alzheimer’s patients. Iron is known to accumulate in areas of the brain associated with memory, and research has shown reducing excess brain iron alleviated symptoms of Alzheimer’s in mice.

Of all the metals, iron is particularly problematic because it interacts with oxygen to produce energy. This same interaction can also produce dangerous free radicals. If the body doesn’t have enough iron it doesn’t generate enough energy. However, too much is toxic and damages cells. Autopsies have revealed significantly higher concentrations of iron in the brains of people who had Alzheimer’s or Parkinson’s disease.

In the study, researchers used mice that were bred unable to produce the tau protein, which helps stabilize the structure of neurons. Alzheimer’s and Parkinson’s are associated with damage to tau proteins. As the mice aged they exhibited symptoms of both diseases and an accumulation of iron in the brain. When they were given a drug that removed the iron, the symptoms reversed. Researchers say the study illustrates the role healthy tau proteins play in removing iron from the brain, and that reducing iron may be one way to treat Alzheimer’s symptoms. Other studies show the amyloid proteins, which also become dysregulated in Alzheimer’s, are important for removing excess iron from the brain.

Therapies involving iron and other minerals are still considered a novelty in Alzheimer’s research, but these findings should pave the way for more studies, as a variety of metals play a role in brain health. Copper accumulation appears to have the same deleterious effects as iron, although more research is needed. Zinc helps neurons communicate in the hippocampus, the area of the brain that governs learning and memory and is the first to atrophy in Alzheimer’s.

Do you have too much iron?

Although the effect of iron on the brain appears to be related to brain degeneration, it’s nevertheless helpful to know whether you have too much iron circulating in your system. Have your serum ferritin level checked—it should not be over 80 ng/ml. Some people have a genetic predisposition to iron overload called hemochromatosis. If you do have high iron levels, it is important to take the appropriate steps to get your iron back in check ..

Some tips for avoiding iron excess if it’s an issue for you are simple:

Aside from these daily steps, other effective methods of removing iron or preventing it from excessive build-up are available. One of the best is to donate your own blood through the American Red Cross or your favorite blood donation center. You’ll be helping to save someone’s life – and by doing so maybe even save your own brain 20 years from now. Blood donation centers will usually not accept blood high in iron; however, it is possible to get a therapeutic phlebotomy (similar to a blood donation but prescribed by your doctor). Then once you get your iron levels down, keep them that way with regular blood donations. Chelation therapy is another therapy that can reduce iron levels. It is an intravenous procedure performed in a doctor’s office using chelating agents to remove heavy metals and other toxins (or in this case, excess iron) from the body.

To find a physician in your area who specializes in therapeutic phlebotomy or chelation therapy, click here to use our online doctor directory.  And, make your appointment today – don’t let the silent attacker sneak up on you!