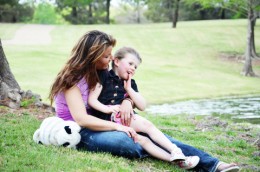 Researchers have validated what many parents have learned on their own—that a gluten-free and casein-free diet can improve the health of children with autism who also struggle with gastrointestinal (GI) symptoms and allergies.[1] The study surveyed 387 parents or caregivers of children with autism spectrum disorder (ASD) who administered the diet to their children for six months. The results showed that a diet free of gluten, the protein in wheat and wheat-like grains, and casein, the protein in dairy, improved ASD behaviors and physiological symptoms in children who also had GI symptoms and allergies. Parents also noted an increase in social behaviors, including language, eye contact, engagement, attention span, and responsiveness.

The children who followed the diet strictly exhibited the most benefit compared to those who ate some gluten or casein, or who only eliminated either gluten or casein, but not both. The researchers chose gluten and casein for the study because they are the two most common foods to provoke a reaction, although other foods, such as soy or egg, may also be an issue for children with ASD.

Why do restricted diets help so many children with autism?


Why do restricted diets help so many children with autism? Autism increasingly is being recognized as an immune disorder. Studies show mothers with an autoimmune disease have a higher risk of giving birth to a child who will develop autism. Researchers suggest the mother’s immune antibodies create an abnormal immune environment for the developing fetus.[2] In fact, people with autism show evidence of active, ongoing inflammation in the brain, as well as genetic abnormalities associated with immune function.[3] Also, studies in recent years show ASD in many cases is an autoimmune disorder attacking brain tissue, with antibodies against brain tissue detectable in fetal brains.[4] These studies help explain the effectiveness of gluten- and casein-free diets, which have been identified as common triggers for the immune system, and linked throughout the years with a variety of autoimmune diseases.

Many parents have chronicled significant recoveries in their children after they followed diets that eliminate not only gluten and casein, but also, in some cases, eggs, soy, nuts, or corn. The Gut and Psychology Syndrome (GAPS) diet,[5] or the Specific Carbohydrate Diet (SCD),[6] are two other popular diets in the autism community. These diets eliminate grains, foods that contain polysaccharides (complex sugar molecules), and foods with lectins (such as legumes), and emphasize cultured and fermented foods to balance gut flora. People who have followed these diets have reported they balance the immune system and relieve symptoms, such as symptoms of autism. By removing all dietary immune triggers, these diets allow the GI tract to recover, they lower inflammation throughout the body and brain, and they restore balance to the immune system.

What parents can do:

If your child has autism and/or gastrointestinal symptoms or allergies, you can try a gluten-free diet plan to see if it improves your child’s ASD behaviors and physiological symptoms. It certainly doesn’t hurt to give it a try!  You may find it is helpful to work with a nutritionist, dietician, or healthcare practitioner skilled in guiding you through a strict gluten elimination diet. You can find this type of integrative practitioner in your area here.

However, many people also successfully go gluten-free without professional help. If you want to try eliminating gluten from your child’s diet on your own, study carefully our article, What Foods Have Gluten?, to educate yourself on all the hidden sources of gluten and then make sure to do a very strict elimination for at least 3 months before making any decisions about its effectiveness.