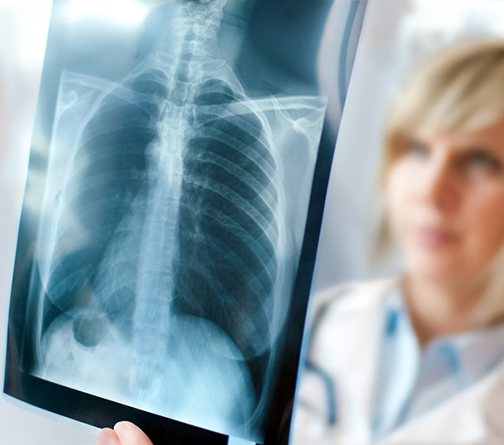 The Global Initiative for Chronic Obstructive Lung Disease (GOLD) offers a standard that defines the stages of COPD a patient undergoes.

One of the missions of GOLD COPD (Global Initiative for Chronic Obstructive Lung Disease) involves the stages of chronic obstructive pulmonary disease. Before diagnosis, a doctor may suspect COPD in anyone with a history of smoking or exposure to environmental irritants. Characteristic lung problem symptoms that accompany COPD include chronic cough, sputum production, COPD breath sounds (wheezing), and shortness of breath with exertion.

To make a COPD diagnosis, a doctor will perform a physical examination and evaluate the patient with spirometry, which can diagnose COPD by measuring FEV1 even before COPD signs and symptoms become apparent. Spirometry also is used for COPD staging, and to monitor the progression of the disease for a COPD prognosis.

GOLD COPD Stages: What They Mean

A new set of GOLD COPD guidelines has been released for 2017, and the report contains updated prevention and treatment recommendations from leading global experts on COPD.

For the 2017 guidelines, the experts addressed individualized approaches to treating stable COPD. They also revised their advice on oxygen therapy and lung volume reduction surgery, as well as treatments and therapies for COPD patients depending on the severity of their disease and their risk for COPD exacerbations.

The updated GOLD COPD guidelines also recommend that doctors focus more on a patient’s symptoms and risk for COPD exacerbations than their FEV1 score when they are devising a treatment regimen.

For the GOLD guidelines, COPD is divided into four stages: mild, moderate, severe, and very severe. (See also “COPD Stages: How Chronic Obstructive Pulmonary Disease Advances.”) These classifications are based on increasing severity of airflow restriction and symptoms. The spirometry reading for FEV1 is generally used to determine the severity classification, which can provide information as to your life expectancy with COPD.

What Is the Difference Between Asthma and COPD?

COPD signs and symptoms can be similar to asthma, especially in the early stages of COPD. COPD and asthma also can coexist. Therefore, for some patients (especially those who smoke), it may be difficult to make an accurate diagnosis. However, there are some distinguishing characteristics between the two afflictions. The following two lists summarize the difference between asthma and COPD.

One major difference between asthma and COPD relates to the reversibility of the condition. Is COPD reversible? No—the damage to the airways is permanent, and gets progressively worse. The airway narrowing in asthma, on the other hand, is usually reversible.

GOLD was formed in 1997 in partnership with the World Health Organization, the National Institutes of Health, and the National Heart, Lung, and Blood Institute. Its objective is to increase awareness about COPD, recommend prevention and treatment strategies, and promote studies that could save lives.

You can find out more about the GOLD COPD guidelines by visiting the Global Initiative for Chronic Obstructive Lung Disease website (www.goldcopd.org). You can download a copy of the guidelines at the website, and also access the GOLD Patient Guide: What You Can Do About COPD.

In addition an asthma attack generally is sparked by a trigger, such as an allergic reaction, exposure to the cold, or exercise. Doctors can simulate an asthma trigger with an inhaled drug called methacholine. This drug causes the airways to spasm, which will be detected on a test of breathing function (spirometry). A positive result of this test indicates asthma is probably the cause of the patient’s symptoms. However, this is not 100 percent accurate because a person with chronic bronchitis also may have a positive result on this test.

People with asthma (especially those who smoke) can develop a chronic cough, and could develop COPD. In some cases, it may not be possible to make a clear distinction between asthma and COPD. Current medical treatment guidelines state that for patients with both asthma and COPD, treatment should be similar to that for asthma. But each patient is different—therefore, treatment will likely be individualized.