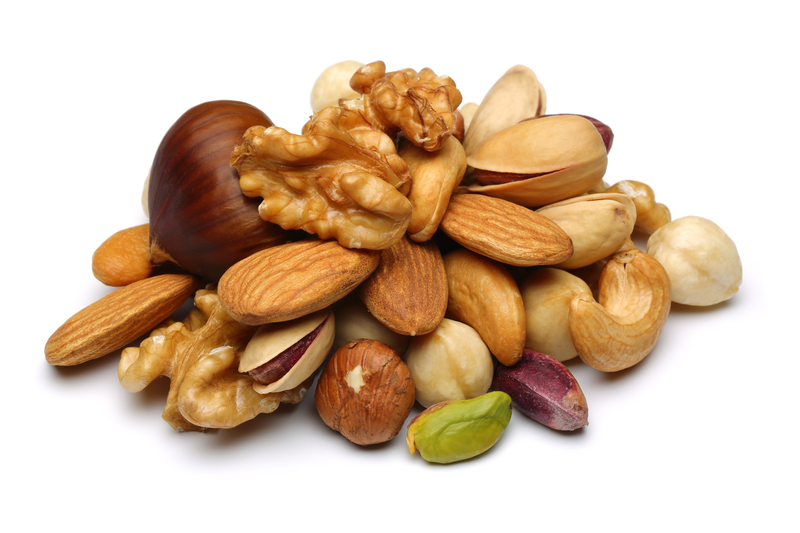 The first and most important among all COPD home remedies: If you smoke, give it up. After that, a healthy diet high in protein is vital. Nuts are one of many reliable sources of protein.

Giving up the habit of smoking is an essential step for preventing and treating COPD, and can help you avoid COPD complications—but it isn’t easy. About 70 percent of adult smokers report that they want to stop completely, but very few succeed in permanently quitting on their first attempt. To quit smoking requires, first and foremost, motivation. But it also requires understanding what you’re up against and getting the right type of help.

For people with COPD, difficulty breathing may make it difficult to eat properly, creating a downward cycle that can lead to malnourishment and even greater breathing problems. This can particularly affect those with Stage 3 COPD or Stage 4 COPD (according to the GOLD COPD guidelines).

About one-third of people with COPD are malnourished and experience COPD weight loss. (See our post “Is There Such a Thing as a COPD Diet?“) Malnutrition can worsen lung function and also compromise the immune system. A compromised immune system can render a person with COPD susceptible to infections and other illnesses.

So in the area of COPD “home remedies,” it’s extremely important for people with COPD to consume the recommended number of calories and try to maintain a healthy weight. If you’re underweight, it means your body has fewer stores of energy to draw from. Being overweight also can be problematic, since carrying extra weight means the heart has to work harder, which makes breathing more difficult.

If your lung problem symptoms (for example, breathlessness) make eating difficult, try eating four to six small meals a day rather than three large ones. You might also try eating the largest meal early in the day, so that you have more energy for the rest of the day.

Foods to prioritize: Focus on foods and beverages that are rich in nutrients and come from the basic food groups. Try to avoid foods with little nutritional value that supply only empty calories. Emphasize fruits, vegetables, whole grains, and dairy products. The diet should also include protein from lean meats, poultry, and fish, along with beans, eggs, and nuts.

Try to limit the amount of saturated fats, trans-fats, cholesterol, salt (sodium), and sugar. Sodium is particularly problematic because it can cause fluid retention, which can interfere with breathing.

Drink plenty of fluids, which help to thin mucus and thus make it easier to cough up. Try for six to eight glasses (eight fluid ounces each) per day. Water, milk, and fruit juice are the best sources, but coffee, tea, and soft drinks also count.

Foods to avoid: Stay away from foods that cause gas or bloating, as this can make breathing more difficult.

People at all stages of COPD experience a decline in their ability to engage in physical activity over time as the disease worsens. But COPD treatment guidelines recommend exercise, and while it may seem difficult to exercise when breathing is a problem, it can actually improve lung function. It also keeps muscles strong, and improves overall health.

Research also has shown that increasing physical activity is another of the COPD home remedies that can be vital. You don’t need to be an athlete to benefit from exercise—in fact, you should begin by having a discussion with your doctor to determine the most appropriate type of exercise and level of intensity.

If you’ve been in a pulmonary rehabilitation program, continue the exercises on your own after finishing the program. If you haven’t been in one of these programs, be sure to increase your physical activity slowly from your present level.

Walking is a good way to get exercise without overexerting yourself—try to walk a little farther and for longer periods each day, with the aim of working up to 20–30 minutes of physical activity three to five times a week. The key is to do it at your own pace, on a regular basis (daily, or at least several times each week).

Another among several COPD home remedies to consider: breathing techniques. Pursed-lip breathing and diaphragmatic breathing may help to make the most of every breath you take. The basics:

Diaphragmatic breathing: Using this technique to slow down your breathing rate, increase your COPD oxygen levels, and allow you to use less effort to breathe:

Keep the air in your home as clear of irritants as possible. For example:

Also avoid outdoor air pollutants as much as you can, by staying indoors when outdoor air quality is poor.

Having a chronic lung disease such as COPD may require making special arrangements for traveling, especially travel by airplane. Those who require oxygen therapy will first need to obtain permission to fly from their physician. They must also notify the airline well in advance of travel, to arrange for use of oxygen during the flight.

Always discuss air travel plans with your physician. Lung function tests will likely be needed to determine whether supplemental oxygen will be required. The doctor will also need to provide a letter to the airline.

During the flight, the oxygen will be provided by the airline (there will likely be a fee for this service). Passengers are not allowed to bring their own oxygen canisters on board an airplane, but some airlines will allow patients to use their own portable concentrators during flights. Empty cylinders and equipment likely are allowed only as checked baggage.

Information about which airlines allow use of oxygen on flights, along with their policies, is available from the Airline Oxygen Council of America.