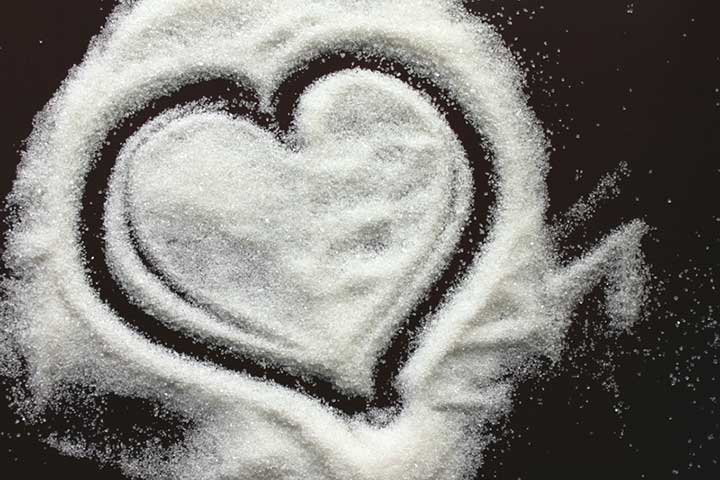 Finally, after decades of obsessing about fat, researchers are focusing on sugar in their quest to understand what causes cardiovascular disease. The latest study to zero in on sugar is the largest yet to link sugar to dying from heart disease, strokes, and other forms of cardiovascular disease (CVD). The study’s findings about the dangers of excessive sugar suggests that a low sugar diet could prevent (and possible even treat) diseases of the heart and blood vessels.

The amount of sugar we eat in the U.S. is excessive and is linked to an increased risk of dying from CVD, according to the new government study published in JAMA Internal Medicine.[1] The study found that consuming too much added sugar—in foods like sugar-sweetened drinks, desserts, and candy—increases the risk of death from heart and blood vessel diseases like coronary artery disease, heart failure, and strokes.

“The risk of CVD death increases exponentially as you increase your consumption of added sugar,” Quanhe Yang, the study’s lead author and a senior scientist with the Centers for Disease Control and Prevention (CDC), told USA Today.[2] Yang and the other CDC researchers found that the more added sugar people consumed, the higher their risk of death.

We Eat Way More Sugar Than We Should, Say Experts

The researchers made sure the sugar itself explained the increased risk of death, and not other components of the participants’ diets or their weight. They also controlled for other CVD risk factors and made sure the results weren’t being influenced by differences in people’s age, sex, education, smoking habits, physical activity, medications, or blood pressure.

A Low Sugar Diet is the Way to Go

“Our results support current recommendations to limit the intake of calories from added sugars in U.S. diets,” the authors conclude. Easier said than done, right? Yet plenty of people have successfully transitioned to a low sugar diet, and there’s no reason you can’t either. We have articles filled with tips on how to cut out sugar in a way that won’t leave you crazy with cravings or feeling deprived. Take advantage of our resources now!